People want a change step up and provide it 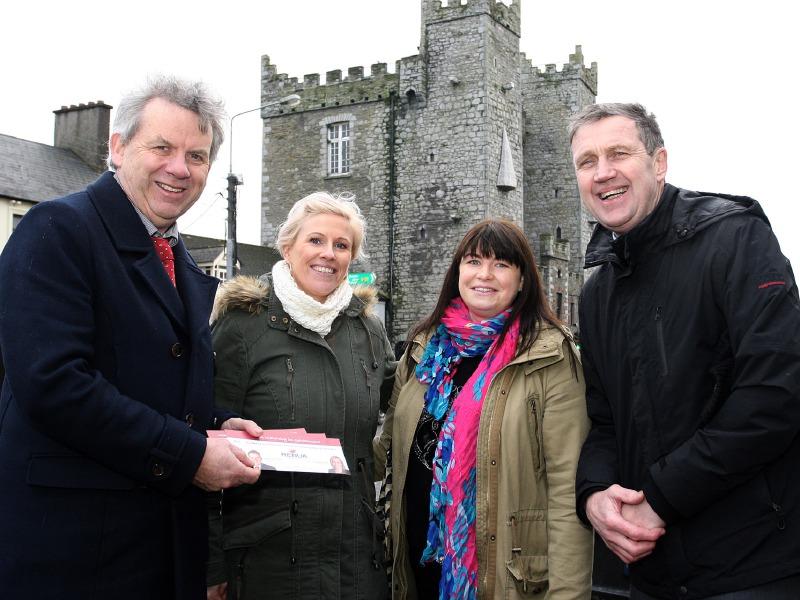 Michael O’Dowd, the Renua general election candidate for Louth believes that the public want a change of Government but they do not want the economy put at risk.

“That is where Renua come in,” he says.”We really have a strong message for the electorate here in Louth and it’s based on the economy.

He works for Enterprise Ireland, the Government agency responsible for supporting Irish businesses both at home and abroad, and is based at the Finnabair Industrial Park in Dundalk.

“Dundalk is a wonderful location for industrial investment,” he says. “But I do think that the Mullaharlin industrial estate has not been used to its full potential.

“The emphasis was on getting a biopharmaceutical company based there, but I think that was limiting our options.”

The Dundalk Science and Technology Park at Mullaharlin has been developed by the IDA. It is central to the Louth Economic Forum’s plans for bringing bringing foreign investment to the town.

It is hoped to get a major biopharmaceutical facilities to operate from the site and the IDA is marketing this project.

But O’Dowd has a good point: why concentrate on just one idea?

He himself has put forward a plan for a business pilot scheme based in the centre of the county.

It would be based in Ardee and would mirror industrial development zones in Scotland and Wales which try to take job creation from city areas and into the regions.

“Since the formation of Renua,” he said, “we have developed a job creation policy intended to regionalise new jobs and moving them out from an already overcrowded Dublin city into the regions.”

His believes his Louth City of Business plan has vision. There may talk of a global economic slowdown, but he’s not looking at the markets.

If the Irish economy is growing, then he wants that growth here in Louth and not just concentrated in Dublin.

He has also made it clear that he will not be supporting the repeal of the Eighth Amendment of the constitution.

The Eighth Amendment of the constitution introduced a constitutional ban on abortion. He said that his position on this has been consistent.

“It is one of the main reasons I joined Renua,” he said. “The eighth amendment protects the life of the mother but it also gives a very important right to the unborn. This right is precious and I am not in favour of removing it.

“As the issue has come up at some doors I think it is important that I put my views on the record.

“But Renua is about more than just the Eighth Amendment. The economy is a major priority with the party and I will be supporting any policy that helps create jobs. We are also a party that will open up Public Procurement and remove unfair conditions that currently hamstring local companies and advantage cross border competition.”

Michael O’Dowd was a county councillor for 15 years. He won three local elections. This is his first general election.

It’s a first for many of the candidates in Louth and it’s one of the hardest to call.

He believes there are seats there for Fine Gael, Sinn Fein and Fianna Fail and that he is the best of the rest.

Renua have 25 candidates and will get six or seven seats. Louth could be one.