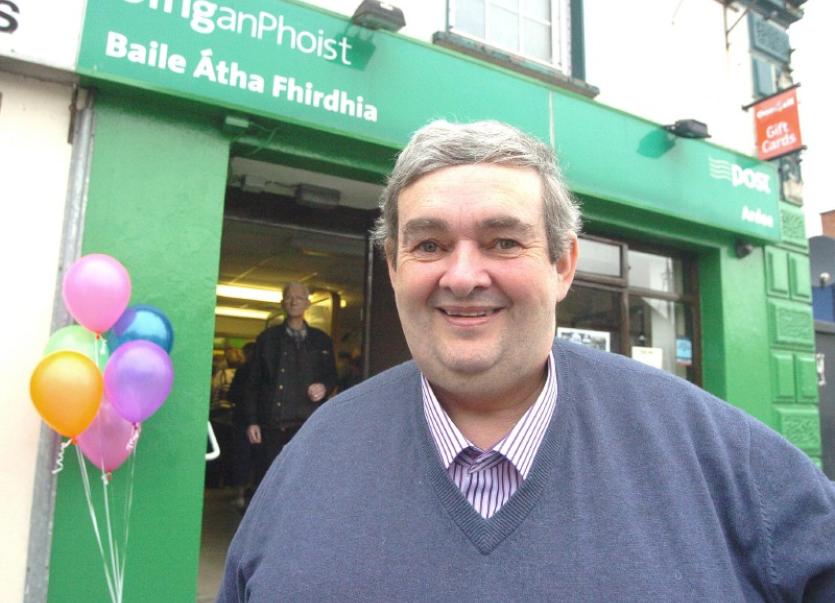 The proposals in a review by the Post Office Network Business Development Group are a bit too vague and come a little too late, according to Ardee postmaster Michael Farrelly.

Bobby Kerr, who chaired the Post Office Network Business Development Group which produced the review, said there is an opportunity for An Post to fill the gap left by the closure of rural bank branches.

“We work on a commission basis for handling transactions,” said Michael. “It’s all very well for a business development group and An Post executives to say this is a good idea, they are on salaries, but we rely on commission to pay staff and run post offices.

“Social welfare payments are being taken away from post offices. that forms 90 per cent of my business.

If that goes, how do I pay staff and energy costs?

“As for banking facilities, our union pushed for this years ago, but nothing happened.

“Unless postmasters come out with a decent salary post offices are going down the drain.

“Are we going to be railroaded into taking this on a low commission basis? It needs more detail

According to the reportpostmasters would have to sign up, however, to new targets. Performance of branches will be checked and measured.

“Minister for Communications Alex White said the Government backed the creation of the new accounts and had offered funding to get the project off the ground.

“This is not about maintaining the network just for the sake of it,” he said. “It is about building and continuing to build a sustainable business in the community for people who need it.”