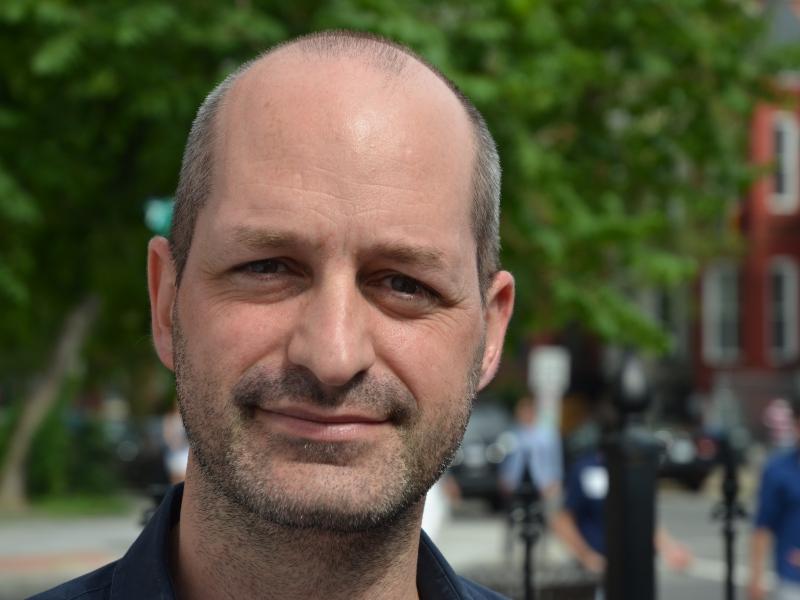 Austin Duffy is set to release his debut novel 'This Living and Immortal Thing', through Granta Books on February 2nd. Austin grew up in Muirhevna, Dublin Road, Dundalk where his family still reside.

He studied medicine in Trinity College, Dublin. After his graduation in 1988, he set off to work in the field in Australia and New Zealand. He moved to the USA in 2006, pursuing a fellowship at Memorial Sloan Kettering Cancer Centre, New York. He enrolled at The Writer's Studio in Greenwich Village, Manhattan.

He now lives with his family in Washington DC where he practices as an Oncologist at the National Cancer Institute. His areas of expertise are immunotherapy, pancreatic cancer, hepatocellular carcinoma, immune check-point inhibitors, metastatic colorectal cancer. Austin continuously carries out scientific research on myeloid-derived suppressor cells in human cancer.

In 2011, Austin was awarded RTÉ’s 'Francis MacManus Award' for his short story ‘Orca’. His story was chosen from 810 entries, narrowed down to a shortlist of 25. Leading Irish authors Alan Titley, Molly McCloskey and John MacKenna chose 'Orca' as the winner. Austin was presented with a cheque of €3,000 . 'Orca' tells the story of the emotive bond between a doctor and a child, terminally ill with cancer. This is a subject which is obviously very close to Austin's heart.

This Living and Immortal Thing' is set in a New York cancer hospital where a disillusioned and alienated Irish Oncologist questions death, life and love. Whilst searching for a scientific breakthrough in the lab of a New York hospital, he struggles with his failing marriage and his growing alienation within the city. He finds comfort in the measurable work of tending for the laboratory mice's health. As he starts a new treatment on his mice, he meets a beautiful but elusive Russian translator at the hospital, just as his estranged wife begins to call, his neighbours act strangely towards him and his supervisor pressures him into displaying visible professionalism. He also has a never-ending feeling of being called back home to his family in Ireland.

“I’ve always been very interested in the biology of cancer and the paradox that surrounds it,” Austin told the Dundalk Democrat.

“Cancer arises from a random genetic mutation through our DNA, which is also how evolution occurred, so it’s almost like cancer is the flip-side of evolution. You don’t get one without the other. I was always struck by that paradox, which is hard to get your head around but is striking in its own way as well. That was one of the fundamental things I wanted to get across in the book”.

Cancer has affected many families across Ireland, it made the world-news a fortnight ago, with the tragic passings of David Bowie and Alan Rickman.

Recent research, however, has discovered that there are several holes in a faulty p53 protein. Scientists believe that by filling these holes with molecular protein, this could potentially 'beat cancer'.

Javier Marias, Denis Johnson, Karl Ove Knausgaard, Philip Roth and Jenny Erpenbeck are the authors that, Austin states, inspired Austin to become one himself. Fellow author William Boyd, (James Bond: Solo) described 'This Living and Immortal Thing' as “A tremendous, strange and beguiling novel that has a bearing on all our lives. Droll, disturbing and surreptitiously profound”.

The novel is written beautifully, delving deep into every scientific detail, keeping the reader enthralled.

“This Living and Immortal Thing can be purchased through Amazon, as well as retailers such as Eason and Waterstones on February 2nd. For more information on research carried out in The National Cancer Institute's Centre for Cancer Research, visit ccr.cancer.gov/research.