Protest at County Hall and this week it's Dail Eireann X 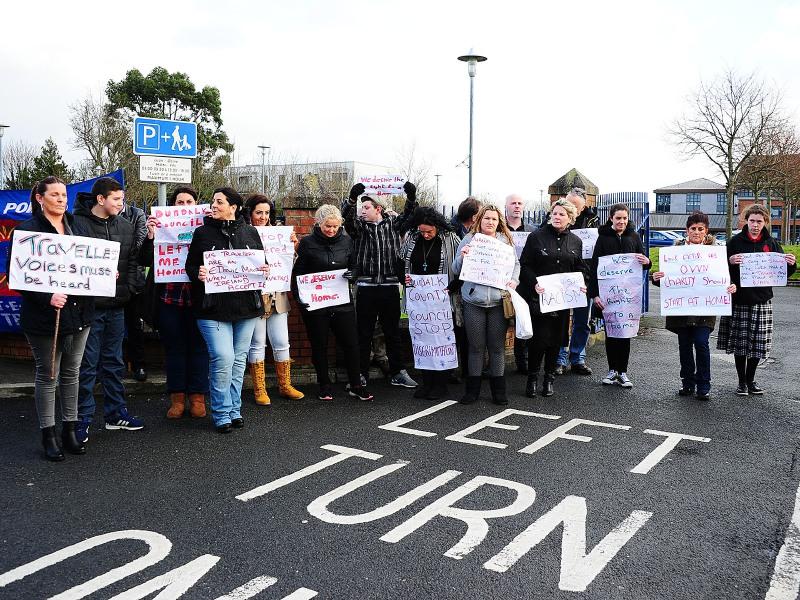 “We will wait until the funeral is gone, and then we will walk up and down, and then peacefully disperse,” Rebecca Quinn, representative of the families evicted from Woodland Park halting site, told those who had gathered for a peaceful demonstration on Friday last.

The county council had already gone. Well, the doors of the County Hall were locked and wooden blocks placed between the handles in case anyone tried to get in.

The support for the protest came from Dundalk and from all over the county, from Meath and from Dublin and elsewhere.

Michael McDonagh of the Meath Traveller Workshop said it “is disgraceful that Louth County Council would evict these families.

“To use the Carrickmines situation is disgraceful,” he said. I am a proud Dundalk man, but I’m ashamed when I see this and I’m asking the people of Dundalk to support this stand.”

He said Louth County Council should have spent the money it cost to evict the residents, on works that would develope the Woodland site.

“This is a rights issue,” he said. “The only way to get beyond the impasse is through ongoing dialogue.”

Rebecca Quinn said a meeting is planned to take place with Oireachtas members at the Dail this Wednesday.

One of the main issues with Traveller groups is their concern that fire audits will now be used to evict Travellers from sites.

The council have said the evictions were on health and safety grounds, following a fire-safety audit of the site last October.

This was carried out after the fire tragedy at an unofficial Traveller site at Carrickmines in Dublin when 10 people lost their lives in a fire.

After the eviction which began on Friday week last, 15 January, families with very young children were provided with B&B accommodation. But 15 families moved to another illegal site.

down the road to a disused carpark at the Dundalk retail park, alongside the Inner Relief Road, where there is no electricity, running water or toilets.

The families said they were told by the gardai to leave this site within 24 hours.

The council met with representatives from the Travelling Community concerned with Woodlands Park, Rebecca Quinn and Eleanor Kelly.

“A number of short-term solutions were discussed and agreed and the council is committed to continue working with the representatives of Woodlands Park towards a longer term solution,” the council statement said. 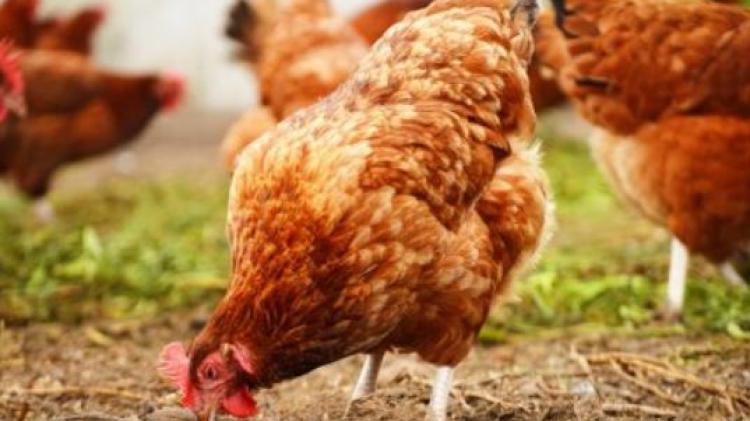