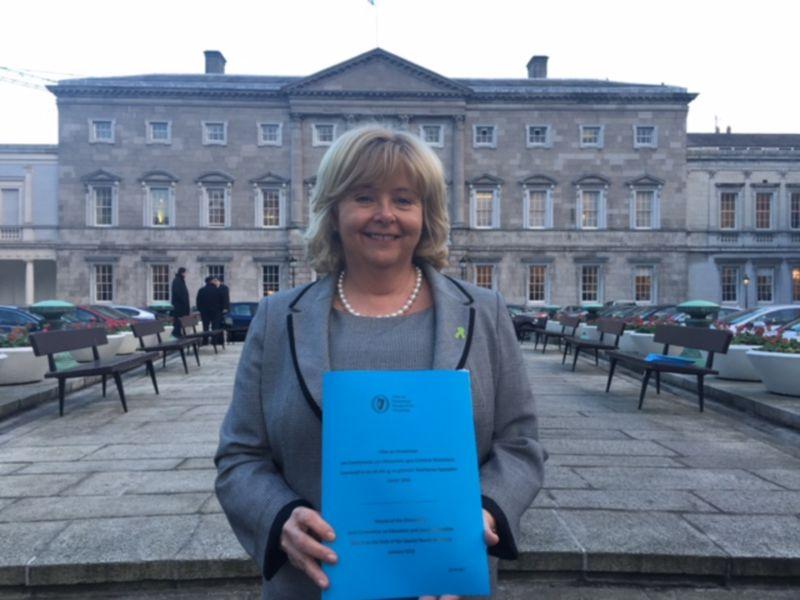 Senator Mary Moran has launched a report entitled 'The Role of the Special Needs Assistant'.

Senator Moran was appointed as rapporteur for the Oireachtas Joint Committee on Education and Social Protection and tasked with undertaking an examination of the Special Needs Assistant role.

“I am delighted my report has been published and officially launched,” senator Moran said. The report contains thirteen recommendations for consideration which were developed following many months of consultation and collation of data and submissions.

“When I commenced the consultation process in late 2014 there were a number of wide-ranging issues and concerns raised.

“ What I have compiled in my report are the common threads and issues which emerged from this process. The recommendations proposed are the issues which I deemed to be most workable and with the potential to be most easily and expediently addressed.”

She said the main aim of the report is to improve the provision of SNA support for children with additional needs while attending primary, secondary and special schools.

“ It is imperative that we recognise and address the inconsistencies which have emerged since the scheme was introduced. We need to bridge the gap between policy and how the role operates in practice.

“It was clearly recognised amongst many groups that the SNA Scheme is crucial in supporting students with additional needs in attending mainstream and special schools. It was also very clear as well that the SNA experience and the expectations set for SNAs differ greatly from school to school. In some instances the SNA role has been expanded to include administrative, therapeutic, behavioural and teaching tasks. This is no secret to many in the education field.

“Many SNAs are dedicated, resourceful and passionate about their work. They are often extremely qualified and access additional training during their own time and at their own expense. They are a valuable asset in the classroom.”'I would like to thank everyone who contributed to the report and specifically thank SNAs for their overwhelming response which greatly enhanced the report.”

Among the reports recommendations are that the duties and function of the SNA need to be effectively, directly and regularly communicated to parents, teachers, principals and school staff.

Also, every attempt should be made to complete the review of the SNA Scheme undertaken by the department.