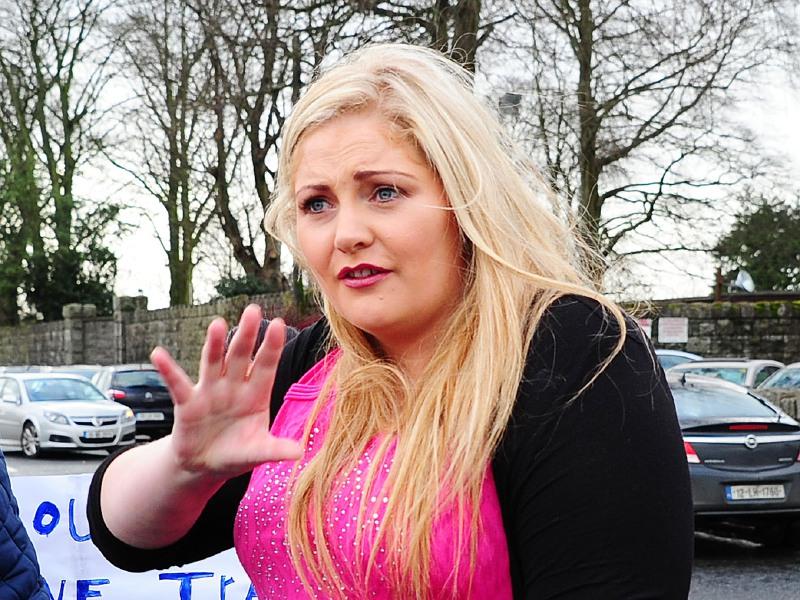 “People cannot be treated like this,” Rebecca Quinn, representative of the families at Woodland Park who have been evicted from their homes said on Wednesday morning last week, the day the last of the families had to leave.

“This is not over by a long shot. I don’t know what I’m going to do.

“These people should not have been put out of their homes. There are three mobiles left. One left the site last night.

“The families have until Thursday morning, but no families will stay until then.

“They can’t think beyond the hour. What’s going to happen after Friday?

“There are five children there between two and nine.

“The Garda Response Unit was here for two days, and we have no explanation from the gardai as to why that was necessary.”

“Words can't describe how the families are feeling right now. They have suffered severe trauma. They have been just told to get out on to the street and that’s it.

“No other alternatives have been given to them.

“Every day the children are asking are our homes going to be taken, and the families have no idea what to say to them.

“The families are in shock and are at a loss as to what to do next.”

She said that the option the council was willing to put on the table was private rental accommodation which families are not happy with.

“The families are not agreeing to take private rental accommodation and feel this is a direct attack on the rights of the Traveller families.

“There are over 5,000 people on the housing list currently as it is. The eviction of these families is just adding to that crisis.”

Rebecca Quinn said that families are being evicted for fire and health and safety reasons. However, she said the review of the fire, health and safety that was published by the Government on 2 December makes it clear that nothing in the fire and safety review process is intended to be used to address Traveller accommodation issues in a negative way.

“So that it is basically saying it cannot be used as a green light to evict Travellers from halting sites that do not meet fire safety standards, but this is exactly what Louth County Council is doing.

“If it (the site) is in breach of fire safety rules you don’t put the families out.

“Everything that needed to be done to that halting site could have been done, not only in a matter of five to six weeks, with the families still living there.”

She said these issues were brought up with the council.