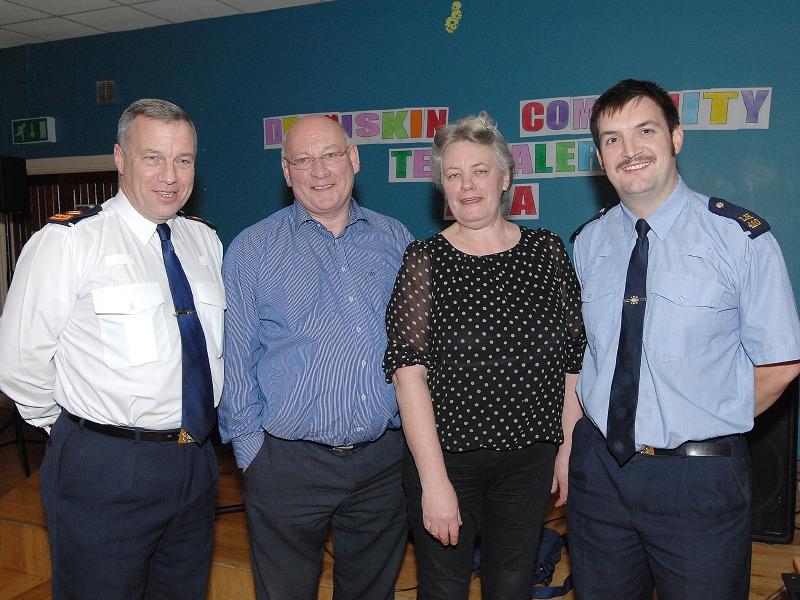 The Dundalk Local Policing Forum is ready to back a countywide text alert network.

At last week’s meeting of the forum, there were calls to link up the different text networks in the county.

Matthew McGreehan, chairman of Louth IFA, and representative of the farming sector on the forum, said it is now time for such a system.

“We need to bring all the communities and the gardai together and see how we can roll that out,” he said.

The forum had been given a presentation of a new community safety strategy for the county and was told that there are 13 community text alert areas in mid-Louth, which are all linked together, and the network is proving to be very successful.

Louth has one Joint Policing Committee and each municipal area has a local policing forum.

The new safety strategy is a guideline for the different forums and would help them set out targets over a six-year period which would improve community safety and quality of life.

Among the subjects being looked at are: alcohol abuse, anti-social behaviour, street crime, and support for crime victims.

Matthew McGreehan believes a county text alert system should be at the top of the agenda.

Cllr Breathnach said older people are afraid to open the doors at any time of the day or night and there is a need for more gardai to be out there visible in the community.

“There is a need for the texting system to be made countywide,” Cllr Breathnach said. “And not only that, it should be linked up to other counties.

“There should also be a call centre available for people who don’t use texting.”

Cllr Jim Loughran, chair of the forum, fully supported a countywide texting network. He said Cooley has a very successful system and it is vital that all of the systems in the county are linked.

Dromiskin and Darver just recently launched a community text alert system and already it is proving its worth.

Just recently, a text went out to everyone in the parish, on the system, at 4am telling them about an unsuccessful break-in at a local pub by men in a silver VW Passat and people were told to be vigilant. In the same week Castlebellingham gardai used the system to alert people about criminals who are phoning to get bank account details.

At the Dromiskin launch Supt Andrew Watters, head of the Ardee and mid-Louth Garda Division, said: “If we in An Garda Siochana do not have the public on board we cannot successfully investigate crime. This system encourages neighbours to work together and develops garda and community cooperation.

“It helps create a community where people can live, work, and visit each other in safety and it promotes sporting and recreational activities.

“It brings in younger people and improves life for older or more vulnerable members of the community.”

He said text messages can be vital in trying to trace somebody who has gone missing. It can also help with something precious, such as a lost dog owned by an elderly person or indeed a disabled person.

“This is not a vigilante scheme,” he said.

Criminal gangs are operating out of Dublin and targeting rural areas and gardai are advising shopkeepers and homeowners not to take them on as they are highly dangerous.

“The text alert system is to notify gardai of suspicious behavior. But for crime situations or fires ring 999,” the Supt said.

“Text alert is a fantastic element to help us. There are 13 text alert areas in the Ardee division and these will all be linked up.”

Each scheme has its own garda liaison officer. He said a recent text alert message about the occupants in a car acting suspiciously, had been sent to Ardee garda station. This information was shared with Drogheda gardai who knew of them.

Community text alert is working. If the whole county is linked up, then a good day’s work will have been done by the Local Policing Forum.

And this will be an excellent opportunity for the Dundalk Local Policing forum to show everyone it can get things done.