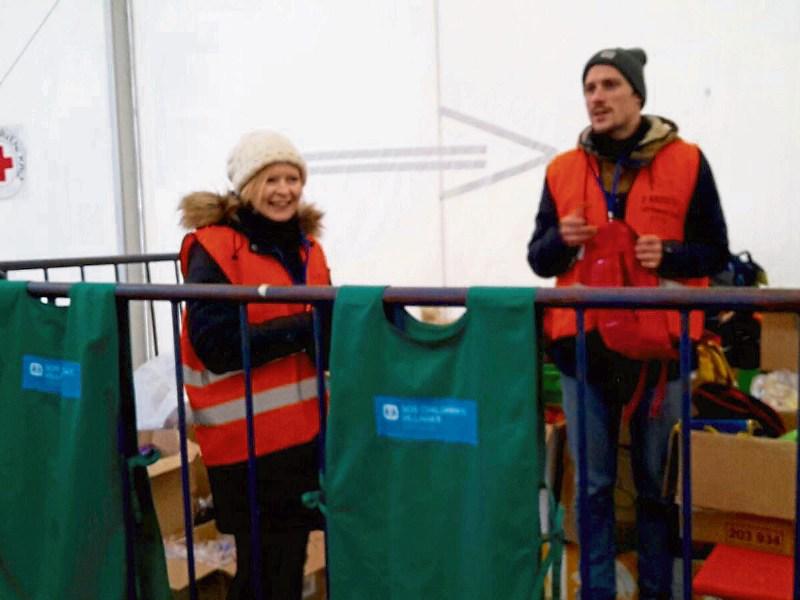 Irish mother of three Bronagh Ćatibušić has just returned home from Croatia where she spent two weeks volunteering in a refugee camp in the eastern town of Slavonski Brod.

This camp is a transit centre for people fleeing conflict who are making the arduous trek along the so-called 'Balkan route'. An average of between 2,000 and 4,000 people passed through the camp each day on a journey that can take people weeks and sometimes months.

Bronagh was particularly struck by the high proportion of children, including very small babies, among the arrivals. She met many families with five or more children. There were also many pregnant women – during the course of her work in the camp last Saturday alone Bronagh met three. Some women are up to eight months pregnant. People tended to travel in extended family groups, elderly and disabled people were pushed in wheelchairs by their relatives.

Despite this Bronagh says their spirit and dignity, under such adverse conditions, was truly humbling. They were willing to undertake this harsh and risky journey into the unknown because their lives in Syria and Afghanistan had become completely impossible.

“The excitement of the children about receiving a banana or a snack sends ripples of joy through the crowd,” she said. A mum’s delight when a pair of scruffy runners fits her little son. Volunteers from Croatia and across Europe waving goodbye as the train leaves heading towards Germany or wherever their ultimate destination may lie. ‘Thank you!’ voices shout from open windows.

Bronagh Ćatibušić lives near Dundalk with her Bosnina husband Mirza and her three daughters, Ayumi (15), Selma (13) and Leyla (8). Bronagh Ćatibušić has a PhD in Applied Linguistics and works as a researcher and lecturer in English language teaching and intercultural education. She met her husband Mirza, who came to Ireland as a medical evacuee from Bosnia, while she was involved with Bosnian refugees in the 1990s.