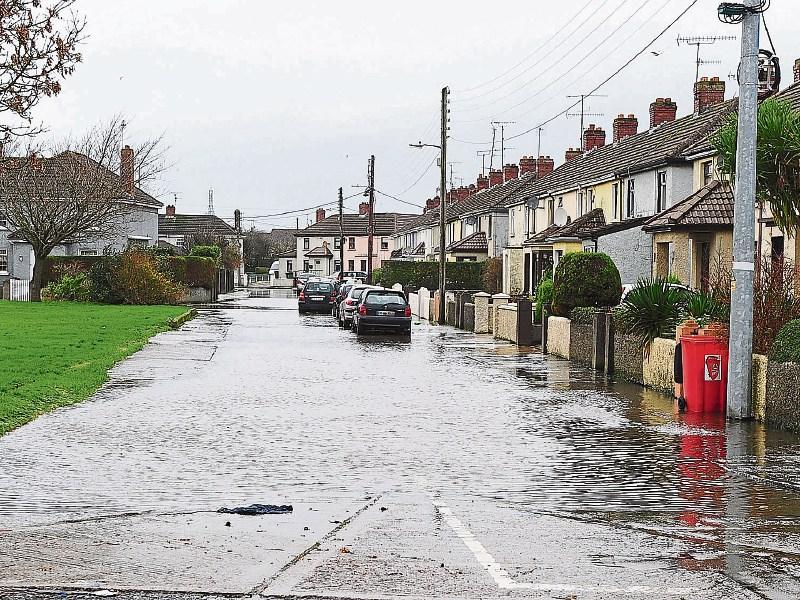 “We need to move now and focus our minds on the threat from flooding to our beloved town,” Cllr Mark Dearey warned at last week’s Dundalk Municipal District meeting.

The Green Party councillor was speaking on the flooding in Dundalk and north Louth caused by the rainfall and storms of the last few weeks.

“The Dutch moved on this in the 50s. We need to move now on the thread to Dundalk. Climate change is real and the evidence has been there for a long time.”

He said parts of Dundalk are very vulnerable to flooding and Fianna Fail councillor Declan Breathnach agreed. He said large parts of the town have been built on sand and he wanted to know what programmes are being put in place to deal with the thread and what money is being made available. He also pointed out the pollution dangers that septic tanks can pose when flooding occurs.

Sinn Fein councillor Tomas Sharkey thanked the council staff that dealt with the flooding over the past few weeks. He said the council needs to map out the places where the flooding has occurred and come up with a plan.

Cllr Maria Doyle said she is from Mounthamilton which suffered some of the most severe flooding, and her parents are still living there.

“Flooding destroys so much of your life,” she said. “The residents of Mounthamilton were marooned,” she said. “Two families had their homes destroyed. I hope if funding comes to this county it will go to these families.”

She also appealed to people to desist from dumping rubbish into the Ramparts River in Dundalk.

“If your throw trolleys into the Ramparts you are going to block drains,” she said.

Sinn Fein councillor Jim Loughran said year after year drains are blocked because of the reduction of outdoor council staff.

He said more staff will have to employed if roadside drainage is to be checked and maintained. Fine Gael councillor John McGahon asked when will there be any action on the reinforcement of the embankment at Bellurgan.

"Trying to securing funding for the Bellurgan embankment is an issue that both I and Deputy Peter Fitzpatrick have been working on for a long time now,” he said.

"So far this winter, residents in Bellurgan and on the Marsh Road have been very lucky that high tides didn't coincide with southeast winds, low pressure or a full moon.

“It is really not a good way to live having to watch tide charts and wind forecasts and we still have spring tides in March to contend with.

"The Government have committed to spending €430m on major flood defences over the next six years and I would call on Minister Harris to ensure that the application for funding for Bellurgan is processed as a matter of urgency to avoid the possibility of any future flooding.

"A number of people in the Bellurgan area have also lost their flood insurance cover as insurance companies deemed the area to be too high risk.

“Therefore, I was pleased to see The Taoiseach has asked insurance companies to reflect on the current level of insurance cover being provided in areas where flood protection works have taken place. The insurance companies have agreed to respond to Government by the end of next week on this issue and I hope it will have a positive for residents in Bellurgan.”

Cllr Edel Corrigan said warning signs set up in flooding areas, such as the Point Road, were not illuminated properly and this in itself was a danger as drivers could not see the sings.