Coffey confident that again heading for the 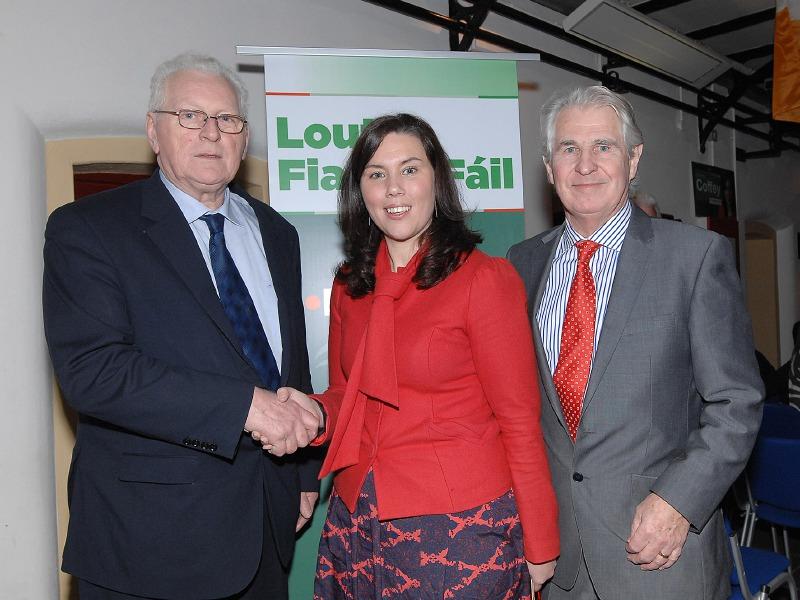 “I’m a doer as opposed to a talker and I want to win a seat for Fianna Fail,” Emma Coffey said when I spoke to her at the launch of her general election campaign last week.

She might be new to politics, but it’s clear that she is totally in touch with the electorate.

Emma Coffey and Declan Breathnach are the two Fianna Fail candidates. Fianna Fail have one seat in Louth-East Meath at the moment and these two candidates hope to hold that seat and add to it.

Emma Coffey’s launch took place at the Oriel Centre (Old Gaol) Dundalk, a symbolic setting. It was here that Frank Aiken - the father of Fianna fail in Louth - and his comrades escaped from during the War of Independence. Emma Coffey’s great-grandfather was among them.

Her father is from Pearse Park, her uncle Eamon is a barrister from the town, and another uncle is Nicky Coffey, a distinguished journalist who helped pioneer investigative journalism with RTE.

She grew up in Annagassan, had family connections with Dromiskin, and has worked for 13 years in Drogheda where she has her own legal practice.

Although she has the historical connections with the Fianna fail party, it is the present that concerns her, and the challenges and difficulties that face people in their day-day lives.

“Louth is a great place to live,” she said. A great place to raise a family. But we have 10,000 people under 25 unemployed and I don’t want to see them forced to leave.”

So how does she see these people getting jobs?

“We need to give tax rebates to small business. A PRSI rebate. There needs to be a discount to encourage firms to take on apprentices.

“We also need to restructure the commercial rates system. At the moment a quarter of the costs of running a business go towards rates. We need a fairer more practical system.”

Crime is also high on her political agenda. At the Fianna Fail Ard Fheis last weekend she met party leader Micheál Martin on a one-to one basis to discuss this issue.

“Garda numbers are down here in Louth over the past five years. Over 40 have not been replaced and Louth has one of the highest burglary figures in the country,” she said.

But she is very supportive of the community alert texting system and believes this is a very effective way of bringing the people and the gardai together to fight back against crime.

“I was at the IFA meeting on crime and community text alert was put forward as a means of dealing with rural crime and I think it’s very clear that it works. It’s a basic right to feel safe in your own home.”

As a young mother she is fully aware of the crippling costs of childcare and the need for a radical political policy that will help young struggling families.

“Childcare is like a second mortgage. It’s €800 a month for two children. We need to look at what the German are doing, at the UK where there is a tax credit system.

“Fianna Fail is proposing a 20 to 40 per cent tax credit. This can be implemented. If young families can get that they can spent more in the economy. It’s a benefit to all of society.”

Tourism in the county is another issue she thinks has been neglected.

“We have 140 klms of coastline here. We have Cooley coastline walks, fine beaches, but we need a more organised approach towards selling it. More investment.” would go a long way.