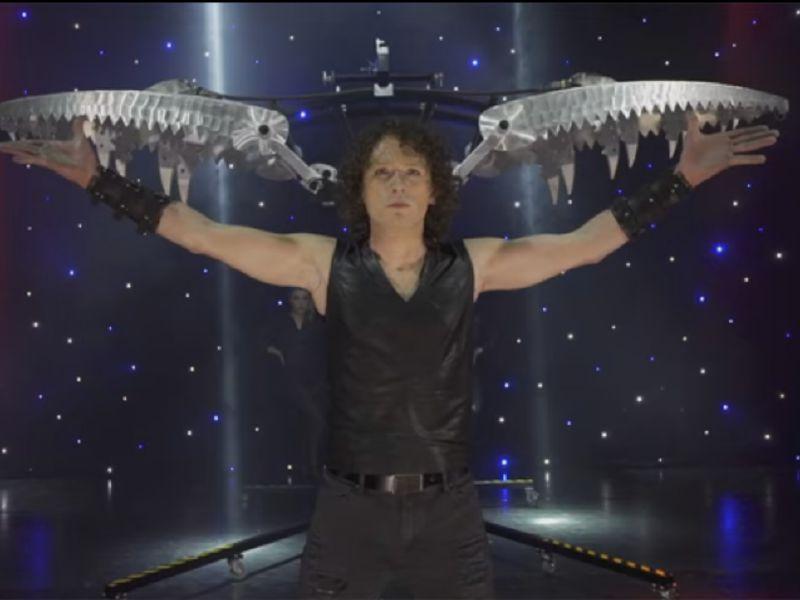 An Táin Arts Centre have launched their programme of events for 2016. Paul Hayes, Managing Director at An Táin, informed The Democrat that the theme for this year's programme is re-examination and re-imagination, “The role of the artist and performer”. The programme also focuses on the historic prevalence of this year, being the 100th anniversary of the 1916 Rising. Here is a run-down of event highlights.

Orardour, Elegy for a Town

The first exhibition of 2016 is Paul Woods' artistic reinterpretation of the haphazard destruction shrouded on the town of Oradour-San Glane by The Nazi's during World War II. The event is still topic of controversial conversation today. The exhibition runs from the 16th to the 20th of February from 10am to 4pm.

Pilots of The Purple Twilight

Great Time Productions, with kind permission from Samuel French Inc., bring the tragedy of the Titanic's Maiden Voyage to stage. The play will tell the story of the people, from all walks of life, who boarded the ship. The production takes place from the 20th - 23rd of January. Tickets cost €18, (€15 Wednesday).

Paul was delighted to inform The Democrat that An Táin's Film Club is growing bigger and bigger. John Maclean's 2014 western stars Ben Mendelsohn as Jay Cavendish, a young Scottish aristocrat who travels to Colorado to find his true love. His journey across the frontier becomes turbulent, but he is luckily guided by Silas Selleck (Michael Fassbender), a man he does not know to be a bounty hunter. The film will be screened in the Studio Theatre on January 26th, tickets are €7, Cert 15A.

Dundalk Theatre Workshop present David Mamet's tale of two scheming real-estate agents. The production shows the twisted, cut-throat way of life that the two live in order to survive. The play runs from the 10th – 13th of February. Tickets cost €13, €16 (balcony) and €10 (Wednesday).

Three Louth-based artists, define the term 'sense of space' through paintings of houses, people in their environment and other embodiments of the term, creating a must-see collection of completely unique pieces of art. The exhibition takes place from March 3rd to April 16th.

The first family-magical-show to hit An Táin is brought to you by Tyrone born illusionist Ed Masters, one of the most renowned illusionists in the magic organisation. The mind boggling show features death-defying stunts, displayed effortlessly. The production uses state of the art magic-technology, bound to bring the audience on a fantastic journey. The show takes place on March 13th at 3:00pm. Tickets €14 – Adults, €12 – OAP, €10 – Children.

An Táin's first ever in-house production is written and performed by residents of Dundalk. The show is based on local stories and events during the run-up to the 1916 Rising. The show is a collaboration with Upstate Theatre Project, Drogheda. This is certainly a show not to be missed. The production takes place from the 24th - 28th of March. Tickets are €15/€10.

'The Scottish Film', the dub given to Martin Kurzel's 2015 adaptation of William Shakespeare’s masterpiece, gained huge critical acclaim upon its release. The film features an excellent cast, Michael Fassbender and Marion Cotillard are staggering as Lord and Lady Macbeth. The cinematography is spectacular. 11th century is recreated in misty, murky shots of the Scottish Highlands. 'Macbeth' will be screened on March 29th. Tickets are €7, Cert. 15A.

Quintessence Theatre Company will be performing two of Shakespeare’s finest works, which both are on the Junior and Leaving Cert. curriculum.

The first of which, 'Romeo and Juliet' tells the tragedy of two star-crossed lovers from quarrelling families. The production takes place from April 25th to 29th.

The second production is that of 'Hamlet', the tale of a Danish prince who returns home to find his father killed, mother remarried and throne usurped by his uncle.