Dundalk Photographic Society continuing to make waves across the globe 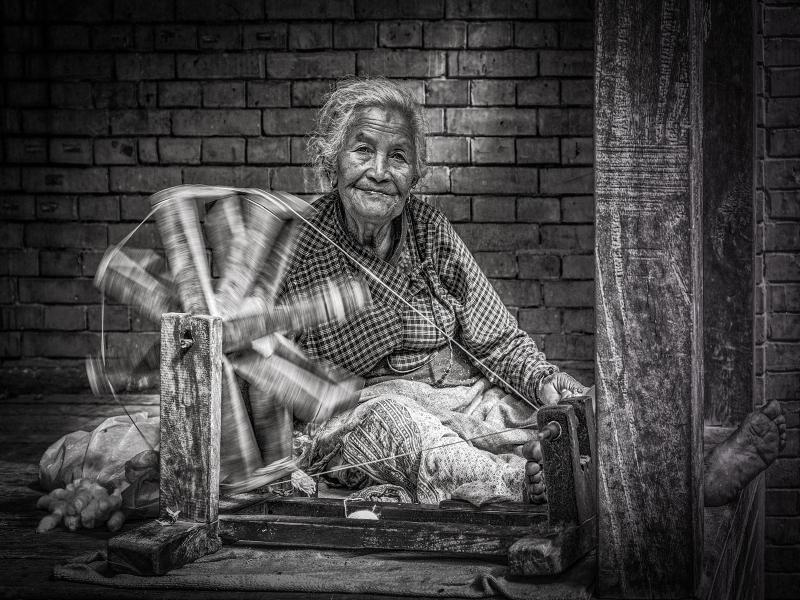 This Photographic Society of America (PSA) competition consists of four rounds, each club submits six images per round from six different authors. The interclub competition is a projected image competition so DPS's team of competition selectors Denis Whelehan , Colm Kane and Dave Martin always bear this in mind when selecting the images.

The images selected for this first round were awarded no less than three awards scoring a minimum of 13 out of the maximum 15 points, another two of the images achieved HM's attaining scores of 12 points. Dundalk accrued a total score of 74 points with London Camera Club in second place with a score of 65 points followed by Sunderland Camera Club on 63 points. The awarded Photographers in this round were Tony McDonnell "not a happy camper", Colm Kane "boots and rope" and Marty Garland "the weaver". The HM went to Gabriel O'Shaughnessy "aged elegance" and Arthur Carron "Lola".

On the domestic scene DPS has had two of its member's present panels of ten photographic images during distinction sittings of the Irish Photographic Federation in a bid to gain their licentiateship distinction in photography.

The criteria which a licentiateship panel should possess and what assessors look for the photographer to demonstrate are as follows, Camera work / technical quality: Is the choice of viewpoint sympathetic with the subject? Is focusing, exposure etc. correct? Image Quality: Have contrast, highlights, shadows and colour balance all been properly controlled? Are the images clean and blemish free? Cohesion: Is there cohesion and variety in the panel? Composition and Editing: Is there good arrangement and composition in the images? Have the images been edited to present the strongest panel? Imagination and Creativity: Are imagination and creativity present in the images? Visual Impact: Has the panel got visual impact? Light: Is there good use of light in relation to the subject matter.

A minimum of seven assessors vote for Licentiateship applications, a simple majority decision based on the number of red /greens cards signalled to the chairman/competition secretary, if the assessor shows a green card they are in agreement with awarding the Licentiateship a red card means no. The Chairman will confirm the count to the Distinction Secretary. Where an applicant is successful the Distinctions Secretary will read out the name and club of the person and some comments may be made.

Paul Marry presented his panel in the NUIG life Course building in Galway where green was the colour for Paul who was successful and awarded his Licentiateship, Paul’s panel of images consisted of several iconic location\landscape scenes from around Dundalk and his home area of Knockbridge, portraits and events. Well done to Paul Marry.

DPS have hosted several visitors to their club rooms since the start of this season one of these visiting guests was by Greg Matthews from Dublin Camera Club. Greg presented some of his work which formed part of his panel of images which won him the title of Irish Street Photographer of the year 2015.

Greg talked DPS through his presentation on street photography and the rules which govern what's considered street photography and what isn't. Greg's presentation proved to be a real eye opener both in viewing his images and in knowledge gained regarding the genre that is street photography. Irene Froy one of the UK's most distinguished club photographers conducted what she considered would be her last trip to Ireland and as an old friend of DPS Irene included DPS in her program which included an evening lecture in the club rooms and a full day workshop which also ran from the DPS club rooms.

Irene talked to DPS members and visitors from other clubs through her vast body of work in her evening lecture and demonstrated how to produce her signature style during editing using Photoshop during her day long workshop. Local Dundalk Man, Photographer/journalist Patrick Clarke and now marketing manager of Seemless photography visited DPS and gave us a lecture and demonstration on the theory and techniques of using continuous LED lighting in studio and portrait lighting, this technology in lighting and its use using Digital camera's is only starting to emerge in the photography scene.

Patrick talked the talk and walked the walk during his presentation explaining the what to do and what to avoid to achieve the results a photographer would want. Patrick demonstrated real time using his lighting setup and a model the superb results which can be achieved when armed with the correct knowledge, technique, and equipment. DPS would like to extend a big thanks to Patrick Clarke, Irene Froy and Greg Matthews.