US Masters: Tee times, TV channel and all you need to know about the Irish in Augusta 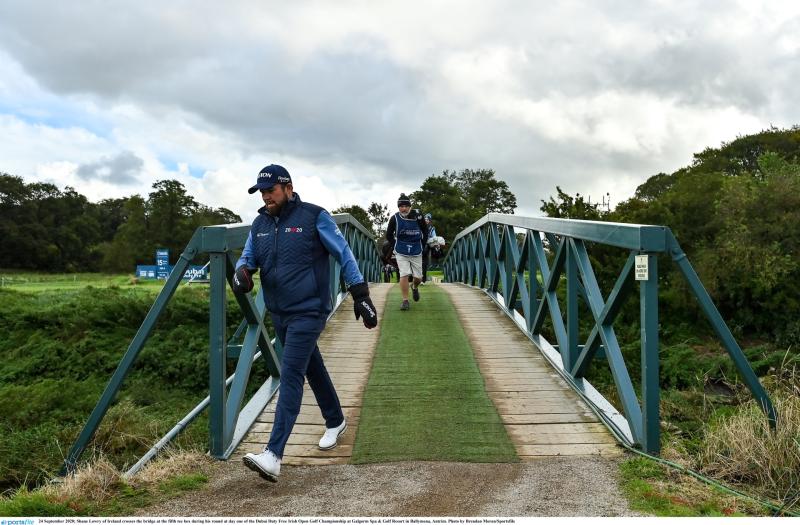 US Masters: Tee times, TV channel and all you need to know about the Irish in Augusta

The 86th US Masters takes place at Augusta National Golf Club this week with four Irish golfers in the field.

Shane Lowry, Rory McIlroy, Padraig Harrington and Seamus Power all take their chance from Thursday onwards in the hope of winning a coveted green jacket on Sunday.

The best golfers in the world will try to stop them, including Tiger Woods who has confirmed he return to play this week after almost losing his right leg in a car crash 14 months ago.

The Irish At A Glance

Seamus Power makes his Masters debut this week and comes into the tournament as the world number 41 after an impressive PGA season to date. He is currently a 66/1 to win at Augusta.

Shane Lowry goes into this year's Masters as world number 35. The 2019 Open Championship winner had his best finish in last year's Masters when he placed in tied-21st. The Offaly native is 33/1 to win this week's major.

World number nine Rory McIlroy is once again a big draw this year as he attempts to complete the coveted Grand Slam of Majors. The County Down man is a four-time major champion having won the 2011 U.S. Open, 2012 PGA Championship, 2014 Open Championship and 2014 PGA Championship. The former world number one's best finish here came in 2015 when was fourth. McIlroy is 18/1 to win this year's competition.

Pádraig Harrington gained entry to this year's Masters after finishing tied fourth at the 2021 PGA Championship. This will be Harrington's first appearance at the competition since 2015 but he has appeared at Augusta 15 times previously - His best finishes came in 2002 and 2008 when he finished tied fifth. The 50-year-old is 200/1 to win the 2022 Masters.

Sky Sports subscribers can enjoy the entire week of action with build-up and all four rounds live on both the Main Event and Golf channels. The build-up will end with the traditional Par 3 tournament on Wednesday. Sky customers can also stream the action using SkyGo.

Non-Sky Sports subscribers can access the tournament with a Now TV pass.

When will the main players tee off?

Padraig Harrington will be the first of the Irish on course for Round 1 on Thursday. He tees off alongside Mike weir and amateur Austin Greaser at 1.11pm on Thursday afternoon (Irish time).

Shane Lowry is next up for the Irish as he tees off a minute after 3pm (Irish time) alongside Max Homa and Kevin Na.

Rory McIlroy is in the final group on Thursday, teeing off along with Matthew Fitzpatrick and Brooks Koepka at 7.03pm (Irish time).

See below the full list of tee times in Irish time for Thursday's first round at Augusta: