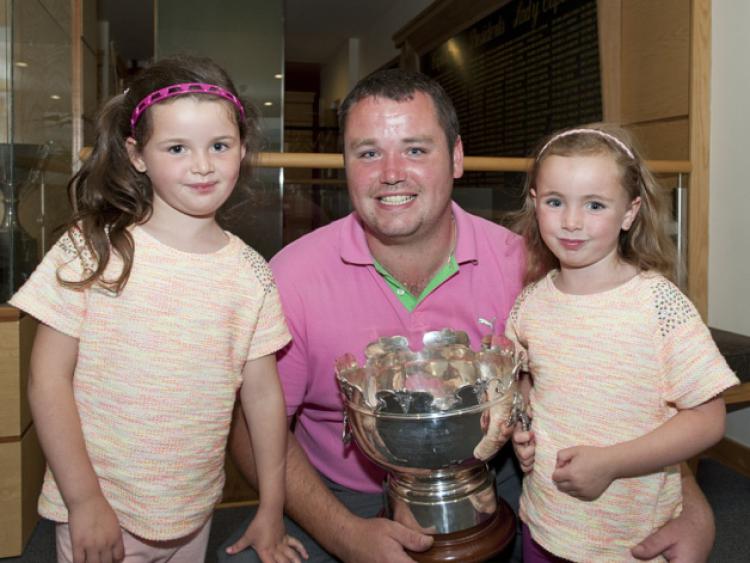 Home player Aaron Grant rewrote the record books as he won his first senior Scratch Cup over his own course at Dundalk on Sunday.

Home player Aaron Grant rewrote the record books as he won his first senior Scratch Cup over his own course at Dundalk on Sunday.

The 26-year-old scratch player shot a new course record of 65, seven under par in the first round, on the way to becoming only the second player from the club in the 51-year-old history of the 36 hole event to lift the trophy with a total of 137.

This made his first victory at this level extra sweet. Grant spent 11 years in search of success in the competition, having finished runner-up in his first attempt as a 15-year-old.

“It was very enjoyable”, said Grant, who had three shots to spare in the end over the 2009 winner James Fox from Portmarnock, with Ardee’s Evan Farrell pipping Simon Ward, who formerly played out of Nuremore and is soon to turn professional, into third place.

He was five ahead of playing partner, Ward, recent winner of the South of Ireland championship for the second time, after he cut a shot off the existing lowest score for the par 72 parkland course.

This was set back in 1988 by another club member, Peter Rogers, when he became the first and only local winner of the event until Sunday since it was inaugurated in 1963.

“The goal was to win a Scratch Cup this year”, added Grant. ”I was second in Mullingar earlier in the summer and felt like I threw it away on 16 in the third round.

“To win my own Scratch Cup first is brilliant. I’m delighted and it was a great score. I got a few good breaks this morning.”

However, he admitted that he felt nervous like he never felt before when he bogeyed four of the opening five holes in the afternoon.

“The nerves definitely got to me. After seven holes I thought I threw it away.”

However a text message from a friend helped him turn the bad patch around.

“I got a text message from a friend last night saying you have the hand so you just need to have the heart now. That stuck in my mind and I remembered that”, he revealed.

Aaron covered the final 11 holes in four under, with a birdie at the eighth and grabbed his third eagle of the day on the par five tenth, before finishing in style with another birdie at the last.

His two eagles in the morning were at the par five seventh where he hit a four iron into three feet, and at the long par four 16th where he holed his nine iron second shot. He also recorded six birdies and three bogeys.