Louth IFC Final Preview: ‘We are raring to go’ - MacNamee 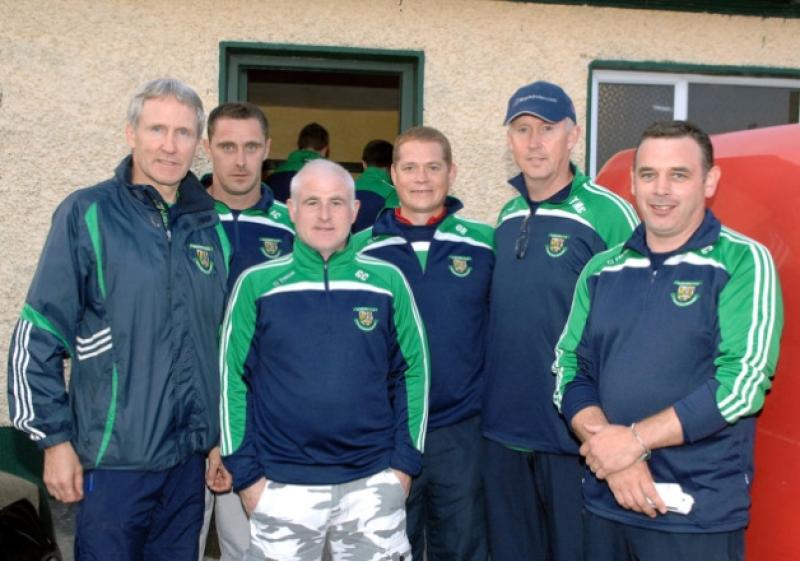 Thomas MacNamee says his side are eager to get going in the Intermediate Championship final - after being made to wait three weeks to find out who their partners would be on the big day.

Thomas MacNamee says his side are eager to get going in the Intermediate Championship final - after being made to wait three weeks to find out who their partners would be on the big day.

After the St Joseph’s and Sean O’Mahony’s thrilling trilogy finally ended with just one point separating them in favour of the Dundalk side, the St Fechin’s boss breathed a big sigh of relief.

“I’m relieved to be playing in a final, it was looking like we wouldn’t get to it with the way the other semi-final went,” he laughed, in reference to the three game epic.

“We are raring to go. We have had league matches to prepare and the extra time has probably given us time to rest where we needed but make no mistake about it, we are ready to go.”

One of the big questions going into this intriguing match centres around fitness. St Fechin’s have had weeks to rest and ready themselves for the big day while Sean O’Mahony’s have been involved in one endurance test after another.

However, MacNamee says tiredness should not come into it for their opponents who will actually be aided by the fact that they have played such high intensity games.

“They are working at a high level and for us the challenge is to get back up to that level,” the man who took over this year noted. “It is all good training and playing league games but everyone knows it is nowhere close to the intensity or level of championship football.

“So we have to work hard to make sure we get ourselves up for it. Neither of us is here at this stage to make up the numbers, we will be expecting a hard battle from them for the entire game because, as I said, they are at that level.”

A return to senior football is beckoning for the Termonfeckin men and the chance to become only the 10th club in the county to record wins at all three grades with Joe Ward and Christy Bellew trophies already tucked away in the cabinet.

But MacNamee believes the best is still yet to come from his club and he warned: “I don’t think we have even played to our full potential yet. I think this group we have now have another good couple of years ahead of them.

“I think in that time we can get to our best because this is a really great group of hard workers and we have come a long way but we want to go even further.”

They certainly have come a long way. McNamee remembers a time in the not too distant past where numbers for training were sparse at best.

Commitment was called for and the players have responded by ensuring their side are on the cusp of making it two Championship successes in the space of three years after victory at junior in 2011.

“Not too long ago we were getting 12 or 13 lads at training and a big crowd was getting 16!” laughed the man in charge. “Now it is 25, 26 players coming down this year and working really hard which has been a big help and we did a lot of work early in the year to prepare for this and we will be giving it everything we have for the win.”