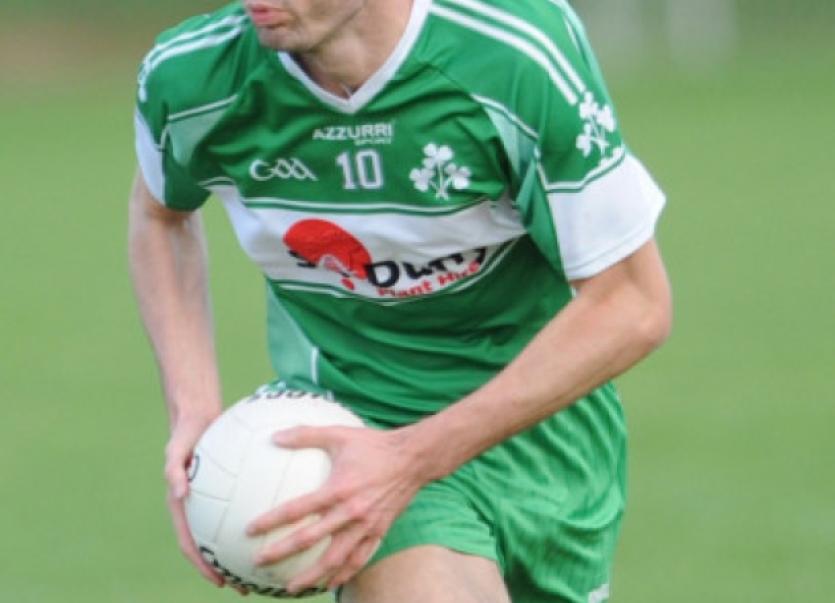 On Wednesday evening last, Eamon Carroll’s friends and team mates came together and walked him home.

On Wednesday evening last, Eamon Carroll’s friends and team mates came together and walked him home.

They took him the short distance from the ‘Bellurgan Straight’ to his family home at Bellurgan Point, were they sat with their late friend and his family.

Early on Friday afternoon they buried Eamon in Calvary Cemetery as hundreds paid their last respects at his funeral in the nearby St Mary’s Church in Ravensdale.

St Patrick’s GFC chairman Alan Duffy accompanied the procession on that journey on Wednesday evening. He summed up the profound sense of loss and grief felt by so many in Lordship, and the county, following Eamon’s untimely passing.

As chairman of St Patrick’s, Alan has had to deal with tragedy in recent years.

“It’s such a difficult time for his family and team mates right now”, added Alan. “We had just gotten off the ropes after Adrian (Donohoe, killed while on duty with An Garda Siochana in January 2013).”

Eamon, known affectionately as ‘Finch’ or ‘Finchie’ by his friends, was a big part of St Patrick’s GFC according to Alan.

“We all had so much time for Finch. He had such an easy smile and he wore it so well,” added the St Patrick’s chairman.

Eamon’s talents on the playing pitch set him aside as one to watch from an early age. An extraordinary ability with his left foot and an unparalleled work ethic made him a favourite with everyone at the club and beyond.

“He was a huge talent,” stated Alan. “He had been involved with the club all down the years from a very young age. He was a flair player and was one of the best left footed players around. On Sunday (in the final) he was back fielding ball and showing for kick outs. He could do anything.”

His exploits between the white lines are legendary, but the 33-year-old was a man of impeccable standing according to Alan.

“Eamon was a true gentleman. He was very mannerly, very kind, with an easy smile - it was simply a part of his character. He was also so laid back and a hugely intelligent chap and he was a part of everything with the club.

“He was there with the Under 16s on Monday night when they won the league final - Who was better qualified to give them advice than Eamon?”

Since Eamon’s passing on Monday, the St Patrick’s complex in Lordship has become a place of gathering for a grief stricken parish and club. A place to gain strength at a time of weakness.

“We opened a book of condolences the morning after,” stated Alan, “and there has been a steady flow of people in and out of the complex since then. We’ve received text messages of support from every club in the country and we’ve had some well known GAA players from all over arrive up to the complex.”

The St Patrick’s chairman spoke glowingly about the remarkable sense of community within the GAA, which has shone through during such a moment of tragedy.

“Cooley Kickhams arrived up on Wednesday night to take over the running of the kitchen in the complex from the Pat’s ladies. It just shows you how people come together.”

The integrity and honesty of Eamon as a player was further highlighted by Alan as he recounted the thoughts of the many referees he has spoken to over the past number of days.

“I have been speaking to referees who would have officiated games that Eamon was a part of and few of them could remember having any dealings with Eamon. They never had any need to speak to him.”

For the club, Alan knows that it is a difficult time right now, and will be for some time.

“We, as a club and team, will have to find the strength somewhere along the line to keep going for Eamon. He would have wanted the team and club to do well,” added the St Patrick’s GFC chairman.