Louth IFC Final Preview: O’Mahony’s keeper Brennan to be on his guard against St Fechins 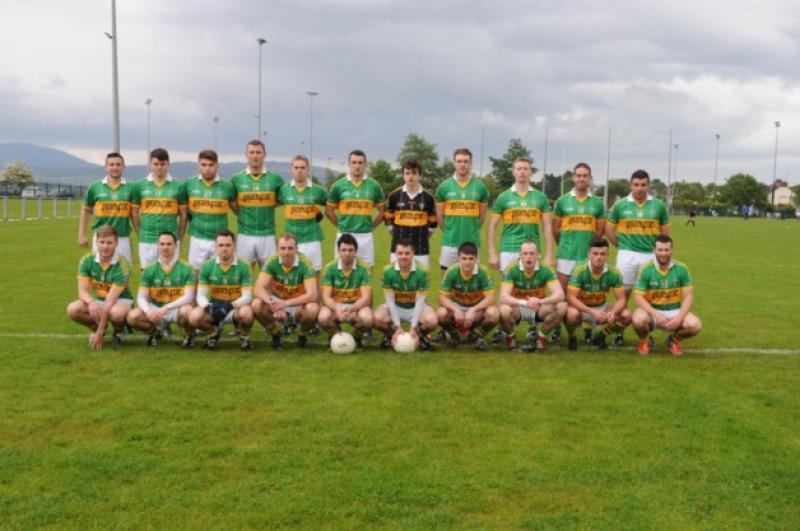 As Stephen Kilcoyne wheeled away to the applause and plaudits, Kevin Brennan walked off to some slaps on the back and knowing winks from the rest of his team.

As Stephen Kilcoyne wheeled away to the applause and plaudits, Kevin Brennan walked off to some slaps on the back and knowing winks from the rest of his team.

The Sean O’Mahony’s keeper had pulled off two vital saves as last Thursday’s replayed semi final reached its climax. They were as important as Kilcoyne’s scoring exploits in many respects.

But Brennan didn’t seek the limelight. He’s been doing the business between the sticks for the Point Road men all year. In some respects he’s a victim of his own success though. Quality saves like the ones on Thursday are expected.

“To be honest I don’t remember much about the two saves during the game, I was focused on getting the job done during the game as we were down by one or two points during the second half,” he states. “Although after the game a lot of people congratulated me on my performance.”

Brennan has been around for a few years, so he’s well placed to comment on the progression of the team under Brendan Nordon and Martin Connolly. Sean O’Mahony’s have been touted for intermediate success for a long time, but they’ve singularly failed to deliver thus far. Brennan feels this year has been different.

“I think what’s changed this year, as a team, is that we are showing more heart and determination to push on this year in the championship and as a team showing a lot more consistent performances -unlike in recent years - from everyone and not just individual performances.

“We got off to a slow start in the championship, but as the games past we grew stronger as a team.”

That strength has galvanised the side. As they trundled out of Clan Na Gael Park after last Thursday’s semi win, the team bus was rocking to the sound of a happy and ecstatic team. They had given themselves a chance to write themselves into the club’s history books and become local legends.

“There is a great buzz around the club with the lads at the moment”, agrees Brennan. “As it has been 16 years since the last final everyone is cherishing the big day next Sunday.

“The atmosphere was just unbelievable on the bus. Everyone was over the moon to achieve a victory after three consecutive games against the Joes.”

As the last line of defence, it falls on Brennan’s young shoulders to hold the line when everybody else has failed. Against St Fechin’s the O’Mahony’s keeper knows it will be another battle royale - and he will need to maintain his form thus far.

“The Fechins are a good side there is no doubt about that. Any team that makes a final is going to have a high standard of football. I know a few of their players especially the forwards which won’t make life easy during the posts next Sunday. I will have to be on my guard.”