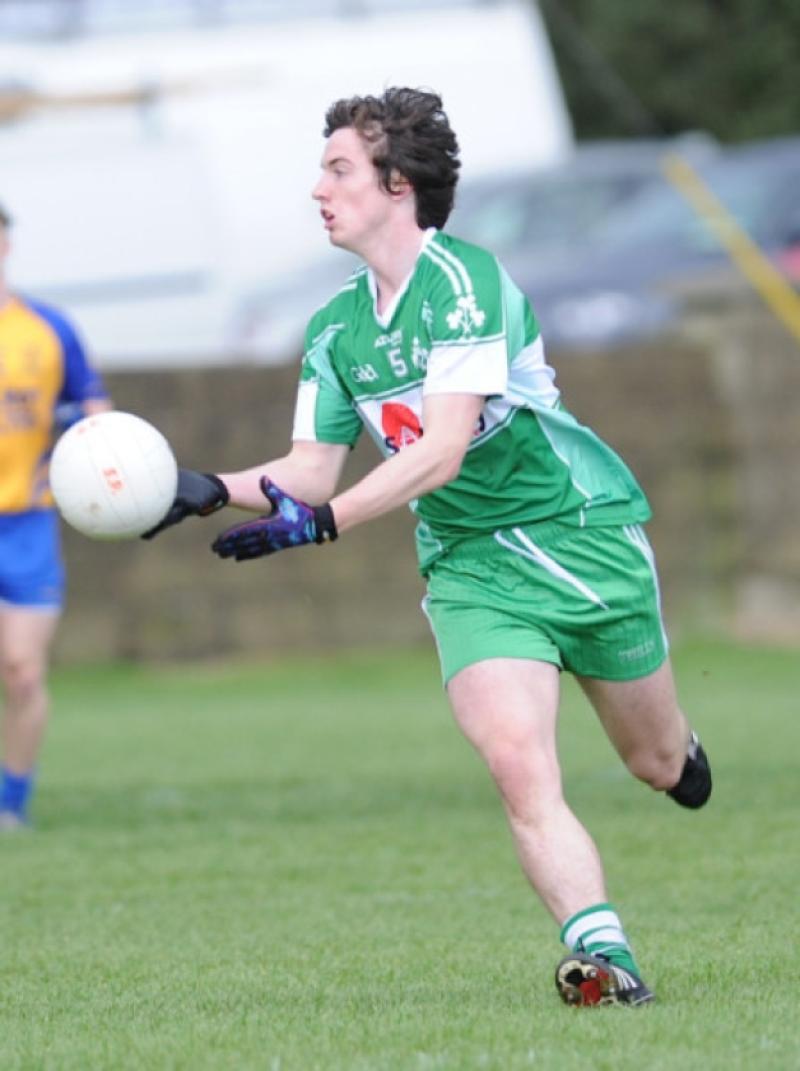 The league may not have the same glory and significance of the championship, but with the Cardinal O’Donnell Cup now within their grasp, Pat’s forward Karl White knows it is important for his side to end the season with silverware - even if it isn’t the Joe Ward trophy.

The league may not have the same glory and significance of the championship, but with the Cardinal O’Donnell Cup now within their grasp, Pat’s forward Karl White knows it is important for his side to end the season with silverware - even if it isn’t the Joe Ward trophy.

“You want to come out with a trophy after a long hard season”, admitted White after Sunday’s game in Lordship. “We put in a lot of work this year and unfortunately we were beaten in the semi final of the championship by the Blues. You want to win something. So the league is as big as anything. It’s still a major trophy, so you’d like to win it.”

The scoreline was impressive and White himself claimed three points, but the Pat’s forward revealed that it wasn’t as easy as it might have seemed from the sidelines.

“It was a tough game today. It was hard. Kilkerley are out of the championship a long time so its hard to keep the league going, so understandably they found it tough.

“But listen it was hard game, but yeah it was pretty straightforward in the end. But it was a harder game than it looked on the scoreboard.”

The intermittent downpours of rain played havoc on both sides, but the home side seemed to be able to deal with the poor conditions better. And they were able to complete more passes than Kilkerley and move the ball around far quicker. White was happy with the display, but as the cliche goes - semi finals are there to be one, no more than that.

“It was slipping and sliding. It’s tough, it’s October football and it’s all about getting to the final and that’s all.”

Another bonus for Pat’s was the return to fitness of captain Colin Goss. The big midfielder replaced Paudie Mallon midway through the second half and White hopes it will signal the return of more men to the starting the line up for the final against Cooley.

“Hopefully we get a few other lads back. I know Ray (Finnegan) is struggling with his groin and that. but hopefully he’ll be back for the final. I don’t know when it’s fixed for, probably two weeks. So hopefully he’ll have time to come back.”

As for his own performance, White was happy with his contribution, but the team effort was more important for him

“I was happy enough. It was tough to get scores with the breeze and the slippy conditions, but I managed to get three and listen it’s more about how the team performs than anything else and we did more than enough to get into the final today.”

Before heading for the customary warm-down, White looked back on the season to date for his side. Naturally missing out on the championship was a blow, but it will fire Pat’s up for next year he revealed.

“Obviously not winning the championship is very disappointing. You want to do it every year, but it’s not always possible. But it gives us something to aim for next year. We’ll be looking to win it back.”