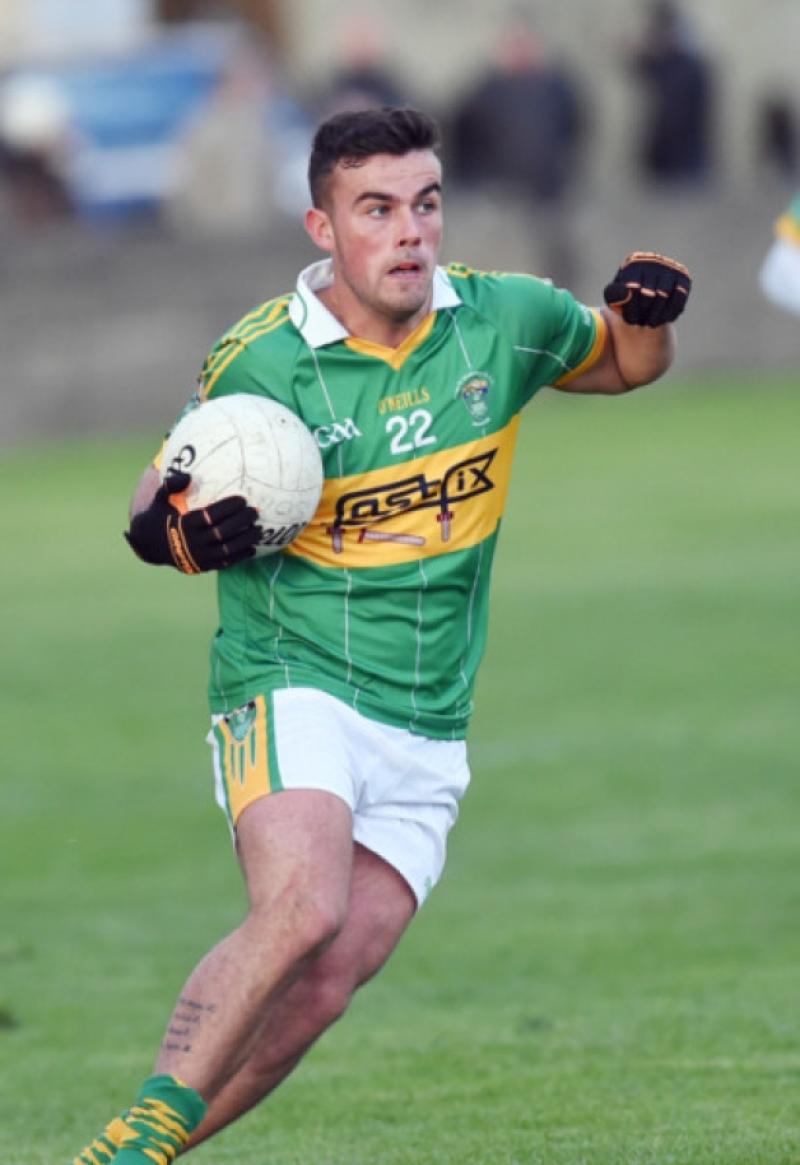 Such is the way the year has gone that Sean O’Mahony’s have a lot to thank their old rivals Clan Na Gael for.

Such is the way the year has gone that Sean O’Mahony’s have a lot to thank their old rivals Clan Na Gael for.

Not only has the Castletown Road club offered up their own pitch for most of Sean O’Mahony’s county championship matches, but they have also handed them the keys to the gates for their ongoing run in Leinster.

Sean O’Mahony’s will be back at the Clans once more this Sunday and the feeling that it’s a ‘home away from home’ is hard to shake.

To a man, they love playing there.

But for O’Mahony’s half back Kurt Murphy, there’s another reason he’s thankful to the Clans.

When asked if there was a defining moment this year for his side, Murphy immediately points to their group match with Clans. Sean O’Mahony’s lost by five points, but it was the motivation they needed to kick-start their championship campaign and it eventually led - via some semi-final replays - to a first county success in fourteen years.

“We lost, but we didn’t let that keep us back and we kicked on from that and we all believed we could win it,” adds Murphy with authority.

As for the venue, the defender is to the point in his response: “It’s great having the home draw, it’s a good venue.”

With a name like ‘Kurt’ you’d have to think there was a particular reason behind being named so. Murphy laughs: “It wasn’t after Kurt Cobain anyway.. My mam just liked her different names.”

There’s a youthful enthusiasm about the O’Mahony’s team that’s backed up with a rod of experience from the likes of Conor Crawley, David Dowling and Alan Watters. Murphy fits into the former category. He plays with no fear and although a defensive player in terms of positioning, he enjoys getting forward and creating from the back.

A willingness to give all for the cause has shaped Brendan Nordon’s side this year. Gone are the days of Sean O’Mahony’s being classed a ‘soccer team’. They’ve embraced modern football practices, but as Nordon mentioned after their win over Castleknock - they like to mix ‘old school’ with ‘new school’.

“All the lads and everyone involved put in a lot of hard work. The dedication from us all was outstanding. Lads putting their heads in where you wouldn’t put a boot!” states Murphy.

Nothing changes for Murphy in terms of how he sets his stall out for these games. It might be a provincial semi final, but the routine remains the same.

“I would just get in the right mind set coming up to the games, eating well and training well, my preparation was the same from the very start treated every game the same.”

There’s no shortage of confidence either. Murphy has an idea about Sunday’s opposition, Eadestown, but it’s not the most important part of his preparation.

“Personally I don’t know much about them,” admits the half back, “we know they have one or two key players, but we are going to bring our game to them. A lot of our games seem to go to the very end and I think we are good under pressure as we have shown in the last few games.”

So, what does Sean O’Mahony’s mean to him?

A quick grin flashes across his face:

“It’s a grand auld team to play for!”

Indeed it is right now.