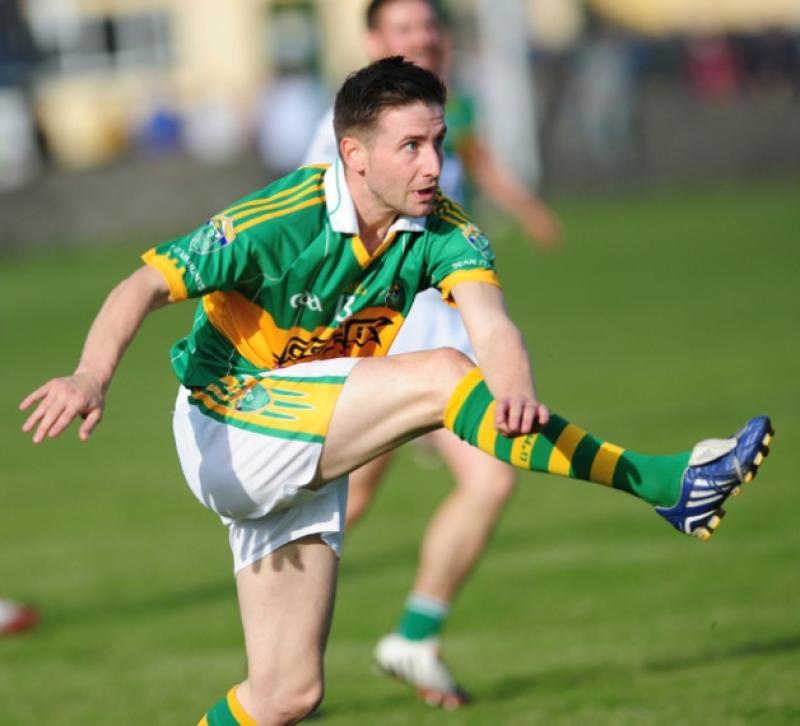 If there was a moment during Sunday’s championship final when Stephen Fisher thought - ‘this could make us or break us’ - he recounted it in the afterglow of title success minutes after the end of Sunday’s intermediate final.

If there was a moment during Sunday’s championship final when Stephen Fisher thought - ‘this could make us or break us’ - he recounted it in the afterglow of title success minutes after the end of Sunday’s intermediate final.

The Seamus Flood trophy was secure and the celebrations were already stepping up on the pitch at Clan Na Gael Park, but Fisher, who pushed Man of the Match Conor Finnegan close for that accolade, felt the moment occured just after St Fechin’s had drawn level thanks to a Ronan Holcroft penalty.

Fisher knew that the resulting Sean O’Mahony’s kick-out had to be won. It wasn’t the best of kick outs from replacement keeper Benny Traynor, but somehow Sean O’Mahony’s scrambled the ball away and maintained possession.

According to Fisher, that small moment halted Fechin’s previously unstoppable momentum and set his side on their way to victory.

“I knew the next kick-out was a big big thing, because they had the momentum, and, as we showed against the Joes and today we had the belief and had the fight. We were well prepared today.”

Those three semi final matches against the Joes where either going to be the foundation for this title success or the cross upon which it would be hung - it turned out to be the former.

“I think we have to thank the three games against the Joes for that,” admitted Fisher. “We knew that if we went seven or eight points up, or down, we would have the character and belief in the team to fight our way back in. We showed it today, we where seven points up and they came pulled it back, but we kept on battling, even with a man down, we kept on going and we knew we’d get over the line.”

With Leinster up next week, Sean O’Mahony’s have been playing competitive games at the rate of almost two a week for the past three weeks - it’s perfect preparation in many respects for a provincial campaign. There’ll be no talk of fatigue according to Fisher.

“A lot of people were saying that it would be hard against us with fatigue and all, but you can’t beat competitive games. They were waiting three or four weeks for one, we had three very tough and close games and it showed at the end when they went level and we had that extra bit to go on.”

It was a toss up for who would claim Man of the Match on Sunday, with Messrs Finnegan and Fisher the two standouts. Finnegan may have taken home the reward, but Fisher couldn’t be any happier for his team mate.

“I never had any doubt when he gets frees from there. He’s been kicking them all year and he kept his belief and kept his pride and got us through in the end,” smiles the O’Mahony’s forward.

Sixteen years without a piece of silverware of note is a long time for a club with the staunch support and love of it’s parish. Sunday ended that wait. Stephen Fisher knows full well the importance of it.