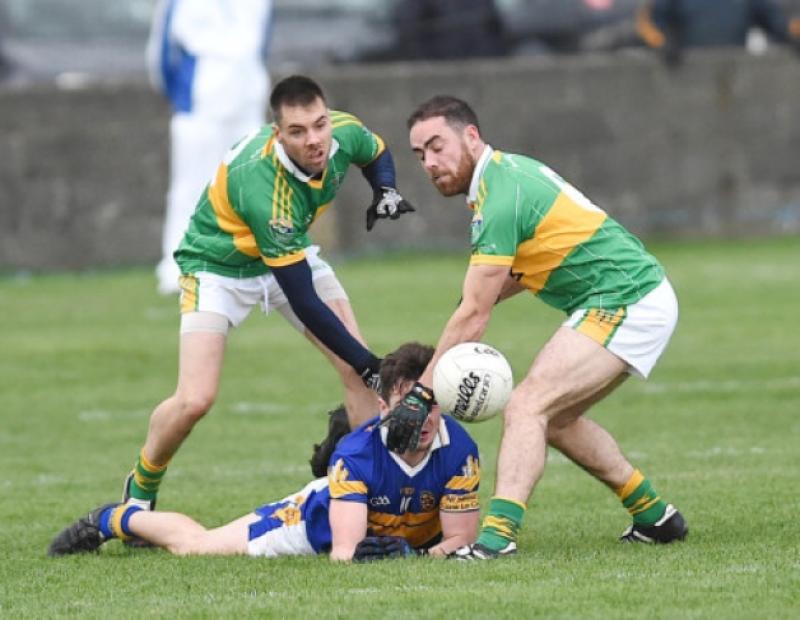 For Michael Clarke 2014 has been a tough year. No matter what has happened, and no matter whatever might happen in the coming weeks, it will probably be remembered with a mixture of profound sadness and bittersweet joy.

For Michael Clarke 2014 has been a tough year. No matter what has happened, and no matter whatever might happen in the coming weeks, it will probably be remembered with a mixture of profound sadness and bittersweet joy.

With Sean O’Mahony’s deep in championship action back in August, the 23-year-old’s mother passed away.

For most it would have been a difficult task to try and refocus on football matters. But in the darkest of hours Clarke realised what club meant to him and vice versa.

“Everyone in the club got behind our family and gave us great support through those hard times and it shows the great character of the club,” reflects the corner back, speaking ahead of Sunday’s Leinster Club Championship semi-final against Kildare side Eadestown.

He’s got Sean O’Mahony’s hard-wired into the very fabric of his being - the family pub on Quay Street is the epicentre for the club and there was never any question as to which jersey he would don when he was old enough to start kicking ball.

“Sean O’Mahonys means so much to me living in the area all my life and playing from U10’s,” states Clarke. “I’ve always wanted to be a part of a winning team. We are a close club and we are all in it together.”

That ‘all in it together’ mentality has been a great source of comfort for Clarke in recent weeks. Sport and the success of Sean O’Mahony’s in particular has given him something to turn his attention to and concentrate on. With games coming thick and fast of late he barely has a moment to put his head up - the quarter final win over Castleknock seems to epitomise their season admits the 23-year-old.

“It’s really another big result. We went to extra time twice against the Joes during the championship. Everybody just dug deep and those wins stood to us last Sunday. We couldn’t believe that we came out on top in the end, but the team spirit at the moment is at a high and we just keep fighting and battling until the end,” adds Clarke.

There’s a maturity to Clarke, which given recent events shouldn’t come as much of a surprise, but he’s quick to praise the work of Clan Na Gael in presenting their facilities in such great condition for Sean O’Mahony’s.

“Sunday will be our seventh game there this year, which is great for us that we know the pitch so well. It’s a brilliant surface to play on and hats off to the groundsmen involved with the Clans for keeping it so well.”

While a lot has changed personally and on the pitch this year, everything stays the same in many respects according to Clarke.

“(It’s) training Tuesdays and Thursdays and usually play a match on Sundays,” offers the defender. “It’s really no different from last year as we got to the semi final of the league in 2013, so we are in the same time frame as that again, just different circumstances.”

When asked what is the secret to their success this year, Clarke responds with ease. In essense, there is no great secret or magical change in approach.

“Everyone that is involved with the team is pulling in the same direction. From January when we started training we all had our goals set and that was to work hard and get a good run in the championship.”

Sunday’s opponents are something of an unknown quantity -as is the way with most club provinicial clashes. Clarke knows little about them himself. But it was the same in the last two matches, so knowing your enemy isn’t be all and end all in terms of preparation.

“I don’t have too much info on the other team,” admits Clarke, “only that they racked up a big score against the Kilkenny champions in their last game. So we will just stick to our game plan and hope for another good result.”

A stark moment in the group stages against Clan Na Gael refocused the team and, if nothing else, woke them up according to Clarke.

“The turning point for me was getting beat in the second game of the group stages by the Clans and thinking ‘if this is going to happen in the next round then our run in the championship is over’. That give us all an extra push in training and the urge to win.”

There’s unlikely to be any need for another scare ahead of Sunday.