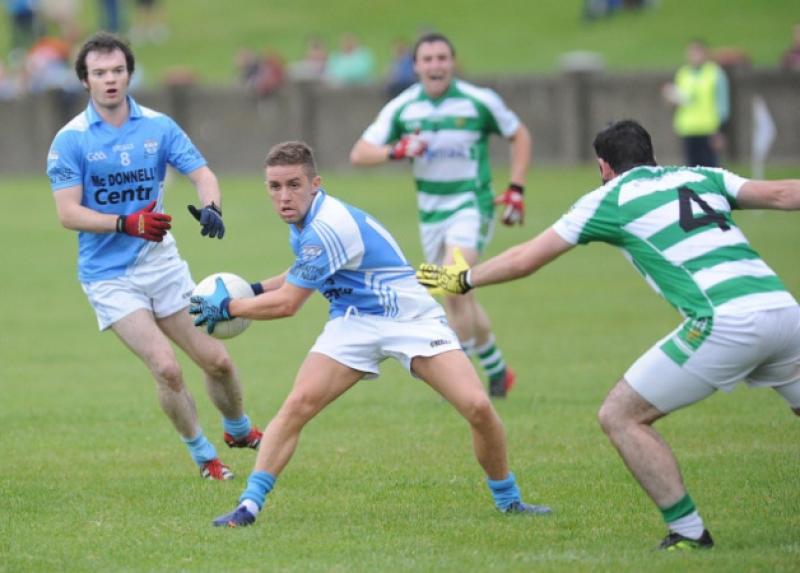 This year’s Senior Championship could be more competitive than it looks. Many punters seem to be thinking that, outside of the Blues and the Pat’s, who else is there?

This year’s Senior Championship could be more competitive than it looks. Many punters seem to be thinking that, outside of the Blues and the Pat’s, who else is there?

They could, however, make the point that both teams have won the last four Joe Ward cups. Newtown Blues are the favourites and with an array of talent like Colm Judge, Andy McDonnell, and Derek Kierans rightly so.

But beware, a wounded animal is always the most dangerous, and the Pat’s will be hurting and determined to reclaim the Joe Ward. Paddy Keenan has been a wonderful servant for the Lordship outfit for many years and if the Pats are to win back the Joe Ward he will inevitably be at the forefront of everything they do.

The young players have added freshness to the side particularly Eoghan Lafferty, Ross Murphy and Conor Grogan who have all come through from their time as Louth minor players.

But lets not forget there are six other teams who could make a case for challenging the “Big Two”. For me the men from Ardee, St Mary’s, are a team to watch out for and have a rich tradition they are keen to honour. They have an abundance of talent, with names like Darren Clarke and Ronan Carroll springing to mind. They too have young players coming through like Kian Moran, Niall Eccles and super sub Ryan Rooney who can have a serious impact on this team. They also have Paudie Clarke who is the speed merchant of their full forward line.

The Mary’s would relish another crack at the Pats after causing them a huge scare at the same stage last year.

And who knows, if they weren’t missing Darren Clarke due to injury in that game they could have turned the Lordship side over.

Cooley Kickhams are another team that will be knocking at the door with an Alan Page hat-trick sending them on their way to progression from a group which contained Mattock Rangers and the O’Connells.

Mattock Rangers face St Patrick’s in what could be the tie of the round. Both sides are recent winners of the Championship. The Pat’s will be favourites, but players like Christy grimes, Adrian Reid and Niall Sharkey will have other ideas and the guile of Paddy Clarke at the helm should not be underestimated.

Teams like Dundalk Gaels, the Geraldines and the Dreadnots - the so-called underdogs - will be looking to cause a few upsets. The Gaels will be taking on St Mary’s and will be looking to players like James Stewart, Sean McCann and Derek Crilly for leadership.

The Gers face a mammoth task when they take on holders Newtown Blues. Players like Gerard Hoey, Shane O’Hanlon and Michael Rogers will have to be at their absolute best if they are to pull off one of the greatest upsets of the last few years. The Dreadnots take on Cooley Kickhams.

Cooley go in as slight favourites but it is a tough one to call. Both sides should be evenly matched. Brian White, Brian Donnelly and Darren Marks facing off to the likes of James Califf, Pauric Smith and Padraig Rath. Should be an intruiging clash.

So maybe this Senior Championship might not be as predictable as it seems.