A year which promised much delivered very little 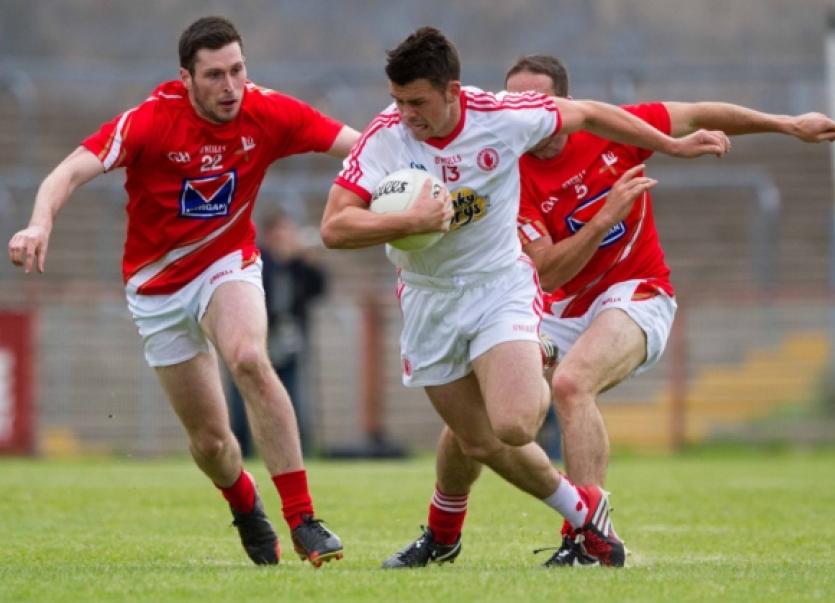 With autumn on the doorstep and another local football season nearing the business end, what will be made of the year gone by and the county’s fortunes?

With autumn on the doorstep and another local football season nearing the business end, what will be made of the year gone by and the county’s fortunes?

A year that originally promised progress ground to a stuttering halt and eventually hit the buffers against Tyrone in the first round of the All Ireland Qualifying Series in Omagh on June 28. As the silence descended around the corridors leading to the Wee County dressing room at Healy Park afterwards, the end was already nigh for many involved with the Louth team.

Aidan O’Rourke would wait a couple of weeks before falling on his sword, but the game was up that Saturday afternoon; and he knew it. Hands were shook and croaked goodbyes uttered.

The slow descent into what can only be judged as a failed season had begun early in 2014. The O’Byrne Cup - a competition of little regard for fans and players alike - still gives a first glimpse at what is bubbling and building for the year ahead.

That first evening, in Haggardstown, saw O’Rourke’s understrength side fall to a nine point defeat to college side DCU. It was the very first match of the new year and it also saw the very first Black Card; issued to Cooleyman Brian White.

O’Rourke had been outspoken (and remained so throughout the year) about the introduction of the card since it was approved at the Annual Congress in early 2013. Of all the intercounty managers, the Armagh man was quick to court media attention whenever the discussion came up.

Whether his fixation with the new ruling had a bearing on his strategic approach to 2014 is not certain, however Louth certainly played a more defensive style compared with the more attacking brand O’Rourke implemented in his first year at the helm.

A first victory would arrive in the last group match against Westmeath, though it was neither lauded, nor would it be remembered fondly. The league was on the horizon and the prospect of facing the likes of Monaghan, Donegal and Down whetted the appetite.

It has been pointed to since, but the very first league match in Drogheda against Armagh would prove to be a pivotal moment for Louth in 2014. Into the second half that day and O’Rourke’s side were leading by nine points and coasting to an opening win against their Ulster neighbours.

What happened next has caused much discussion and puzzlement since. O’Rourke decided to take off the attacking minded duo of Derek Maguire and Declan Byrne and brought on unproven prospect Cian Doyle and hard working Naomh Mairtin forward Stephen Campbell.

Perhaps looking to close the game down and secure the win, O’Rourke felt a more defensive-minded attitude was the right approach.

That strategic switch seemed to reinvigorate the Orchard County though. Paul Grimley’s side took up the charge and thanks to a late Tony Kernan point, Armagh claimed the most unlikeliest of draws at the Gaelic Grounds - a draw never felt more like a defeat for Louth.

Like a festering itch or a spreading virus, that opening result couldn’t and wouldn’t be shaken by the Louth panel. A fragile confidence appeared cracked in the proceeding league matches as points disappeared and Louth’s place in Division Two ultimately went with them.

The nadir of the league occurred on a remorselessly wet Saturday evening in Newry. At half time in Paric Eslear the Wee County had made a scant contribution of just two points to the scoreboard, whilst the home side had accounted for the remaining 1-11. Game, set and match with a full 35 minutes to go.

The final 16 point margin was no more than either side deserved. Louth looked a shattered and broken team in a match against a Down side that would prove so toothless in the Championship during the coming summer.

The rest of the league already looked a foregone conclusion by then, despite the valiant efforts of manager and players alike to scramble for some dwindling hope. Monaghan won well in Clones. Galway burgled a point from Drogheda, while Donegal mercifully dropped the axe on Louth’s league status with one game left to go.

A last, nothing-to-play-for joust with the auld enemy in Drogeda proved a non-event - Meath won by a single point with a second string side.

With firmer ground and warmer weather dawning though, everyone dipped in red hoped for a new start as the Championship neared. As if to lure Louth fans into a false sense of what might be, O’Rourke’s side dispatched Westmeath on the first evening of the Leinster Championship. That they did it with such presence and style was remarkable. Goalscorer Ryan Burns became an overnight media darling in the process.

But what the ensuing hubris and backslapping failed to highlight was that Westmeath were a poor, poor side. Dispatched from Division One with barely a whimper, they limped into the Championship with very little expected of them and exited it to little more than a murmur of local discontent.

Louth began to believe Kildare were there for the taking in the next round. They weren’t. In a barren and cavernous Croke Park, O’Rourke’s side were trampled and bulldozed by the Lilywhites. It ended Kildare 1-22, Louth 1-7.

Nobody much cared for the qualifiers after that. Even less so when Tyrone were pulled out of the hat. And so it was on to Omagh and the denouement of the year.

O’Rourke has departed. The outgoing county board have suggested they will have a new man in charge come September. It all feels so familiar. 2015 is a while away still, but maybe a new man and a new vision will bring with it a better 12 months. Maybe.