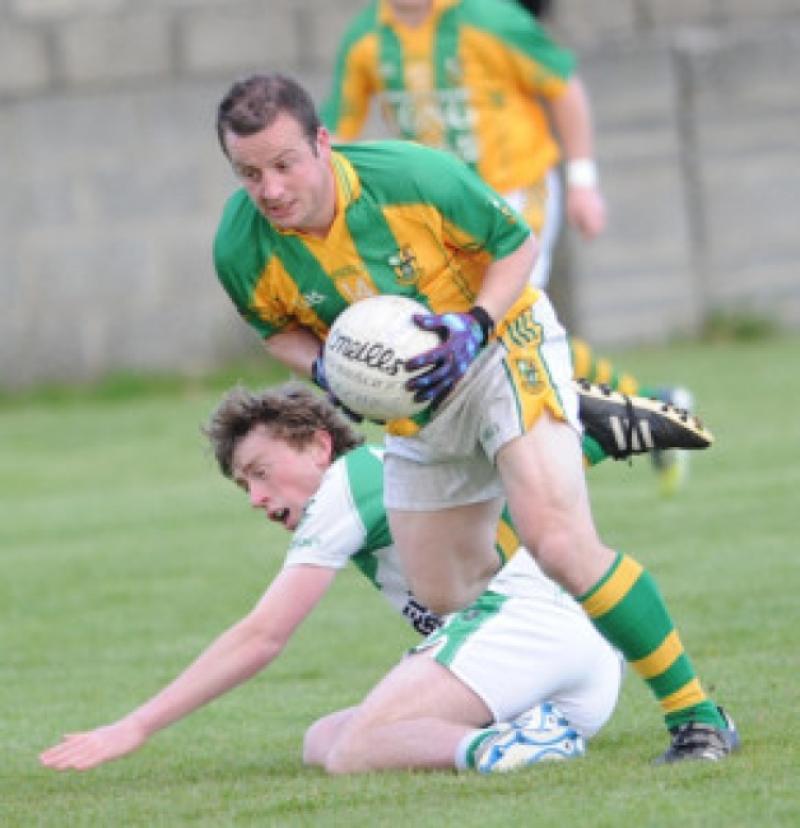 Clan Na Gael eased into the final of this year’s Paddy Sheelan Shield thanks to goals from JJ Quigley and Billy Smith.

Clan Na Gael eased into the final of this year’s Paddy Sheelan Shield thanks to goals from JJ Quigley and Billy Smith.

In ideal conditions it was Fechins who opened from an early Kevin Cullen point with Clans wasteful in front of goals early on.

Brian Devlin kept Fechins ticking over with two long range points from frees coming up to the break. Half Time Score, Clans 0-5 , Fechins 0-3.

The sides exchanged a brace of points in the opening minutes but then Clans Billy Smith broke through the visitors defence and gave the Fechins keeper no chance.

He exchanged another point with Cullen a minute later to go in to a comfortable five point lead on forty minutes.

The sides exchanged another pair of points but when J.J. Quigley got Clans second goal the very much under strength Fechins side who worked tirelessly throughout were unable to narrow the gap.

They were unlucky when Niall Devlin missed a goal chance from close range in the closing minutes and had to be content to exchange late points with Clans running out deserving winners.