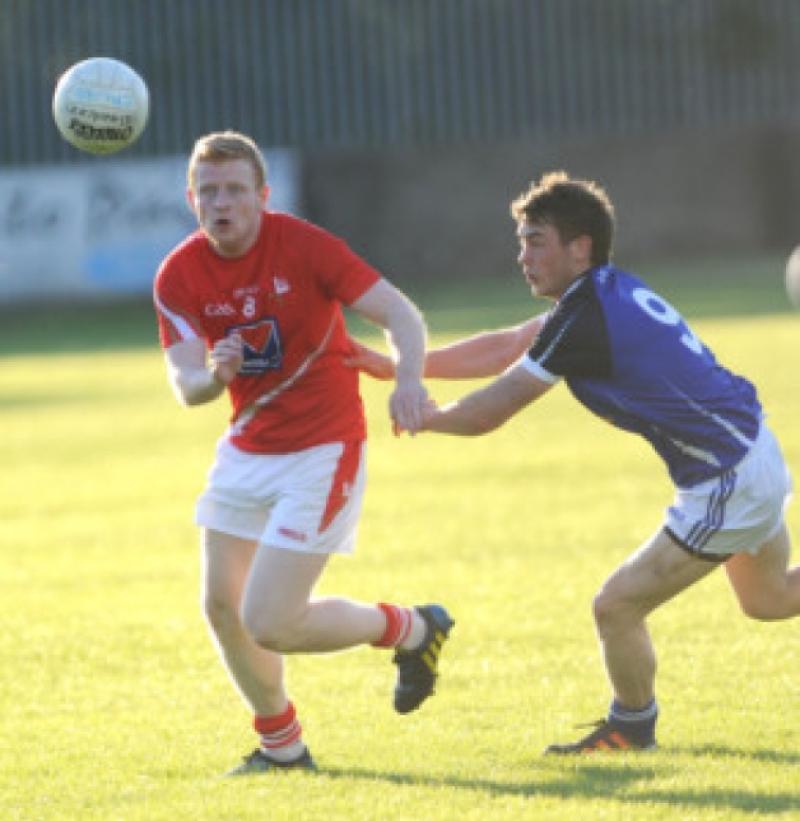 The sun shone on Dowdallshill last Wednesday evening, but in the end the lights went out for Louth in the Junior Championship against Cavan. It was desperately close. It couldn’t have been any closer in fact.

The sun shone on Dowdallshill last Wednesday evening, but in the end the lights went out for Louth in the Junior Championship against Cavan. It was desperately close. It couldn’t have been any closer in fact.

The Breffini County were always going to be the favourites though. Their underage set up is particularly potent at present, having won the last three Ulster U21 titles and coming into this particular championship as reigning champions.

Yet Louth midfielder Sean McCann was disappointed with the Wee County’s decision making on Wednesday evening.

“We didn’t convert enough of our chances”, explained The Gaels man, “we hit too many wides, took the wrong options and didn’t use our possession wisely enough.”

The downfall for Louth occurred right at the start of the match when Cavan raised the green flag. It was a body blow which the Reds struggled to recover from according to McCann.

“They got off to the start we were hoping to get off to with the goal after a minute, following a couple of individual mistakes.

“But we hung in there and got back into the game and at half time we were very confident heading into the second half.”

McCann didn’t hold back in holding his hand up when he was to blame either though.

“The couple of frees myself and James missed came back to haunt us. Personally I wasn’t too happy I gave the ball away a few times and didn’t get involved as much as I would have liked, it’s a very hard defeat to take as we owned the ball until the last ten minutes and really should have put the game to bed.”

The gulf between the two sides in terms of preparation and ultimately confidence in their abilities was a deciding factor in Wednesday clash.

“They play with confidence and have been working as a team with their tactics and system for the last few years, whereas we have only been working for past few months”, added McCann.

On a personal level, McCann is hoping that he can make that jump up to senior level soon. He knows it’s not an easy proposition and a lot of blood, sweat and tears will need to be shed.

“Everyone who plays football wants to play at the highest level and I’m no different and the aim is to breakthrough to the senior team. But I’d have to push on to another level to achieve that.”

Still, he sees good days ahead for the County at junior level and beyond. The Gaels man knows that a winning mentality will ensure a richer future at all grades for the Wee County.

“All credit to our management for the work they have put in, because it’s not an easy job, you don’t know what players you will have available with the seniors only playing on Sunday.

“But in fairness to Aidan O’Rourke he has been very helpful to the juniors and sees it as his second team so he knows its importance.

“I can see Louth pushing on in the next couple of years and success breeds success. So we need the minors, the U21s and Juniors winning to give a greater chance of the senior team winning.”

It’s that foresight and understanding of what is required to win at the top level which should serve Louth well in the future. There could be more days like last Wednesday still, but with a changing mentality and a more inclusive approach, the Wee County may well push on to the level all fans would like to see them playing at.