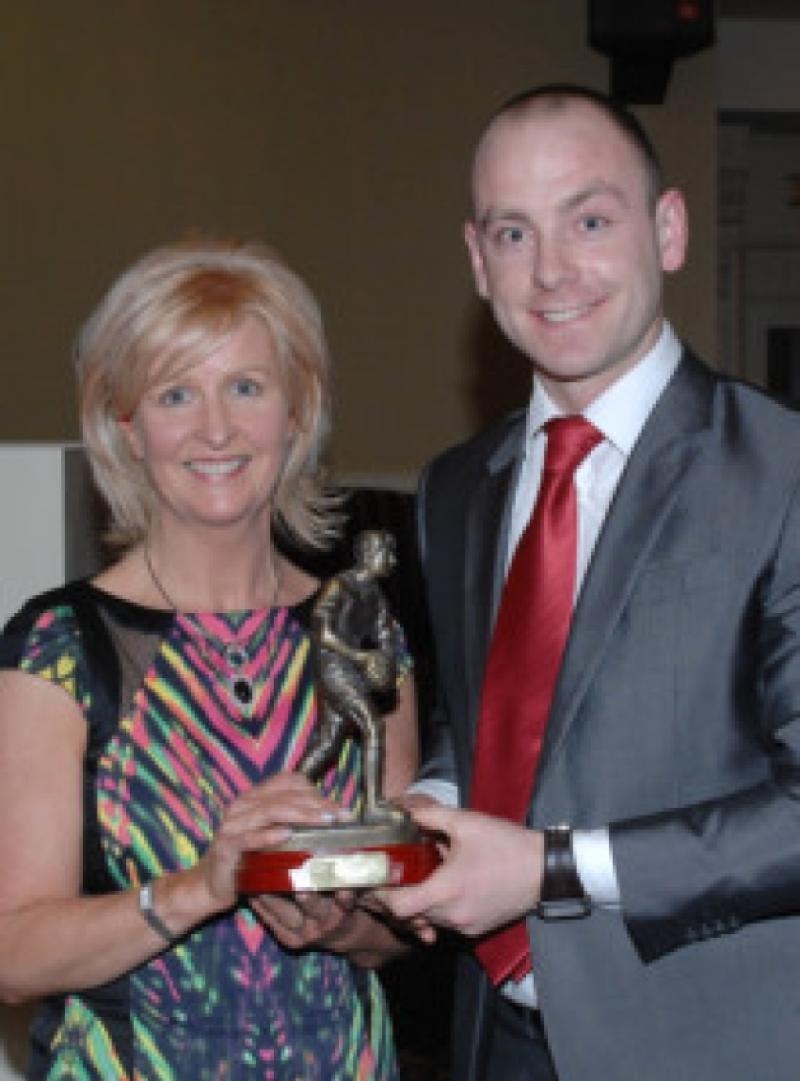 Gaels from all over the county and beyond descended on the Carrickdale Hotel on Saturday night to celebrate a memorable year for Louth GAA.

Gaels from all over the county and beyond descended on the Carrickdale Hotel on Saturday night to celebrate a memorable year for Louth GAA.

The Louth Supporters Awards Night is always a well attended event and this year was no different, with special guest on the evening Michael Duignan, of Offaly hurling fame, providing plenty of humourous stories about his own experiences of his time as both a player and now a pundit with RTE.

Of course the main purpose of the night was to reward those players in the county who have gone above and beyond the call of duty and excelled in their chosen grade.

MC on the night, former Dundalk Democrat editor, Joe Carroll was on hand to dispense the prizes to the chosen few.

It was Ardee man and prolific forward Darren Clarke who scooped the Louth Senior Football Player of the Year.

The former Sylvesters man had a wonderful year in 2012. His scoring exploits were arguably the main reason the Wee County avoided the drop from Division Two of the National League and his transfer back to Ardee St Mary’s is a welcome reward for all Louth football fans.

In a fitting tribute the Louth full forward dedicated his award to that legendary servant to football in this county, Charlie McAlester. Who sadly passed away in early 2012.

The U21’s in 2012 brought great excitement and hope to the Wee County Faithful in 2012 when they went on a tremendous run all the way to the Leinster Final. On that evening, in Navan in April of last year, they faced a wonderful Dublin side with the phenomenon that is Ciaran Kilkenny leading the Blues.

It wasn’t to be for Colin Kelly’s men that night, but a player who shone throughout the campaign and who stepped up on regular occasions, including that battling second half fight back against Longford in Haggardstown, was Kilkerley man Cathal Bellew. He deservedly took home the U21 Player of the Year award on the night.

At minor level the Sean O’Mahony’s had much to celebrate as Stephen Kilcoyne picked up the Minor Football Player of the year award.

Having made it all the way to Croke Park and the All Ireland Junior Final, the Louth Ladies’ hopes of capturing that title were dashed by an impressive Antrim side. Despite that heartache, it was certainly a year to be proud of for the Ladies. And throughout that run to Croke Park Ciara O’Connor was unwavering in her commitment to the cause.

The Dowdallshill girl showed exactly why she is being spoke of as Louth’s next big thing, putting in many eye catching displays

Although not a native of this County it was fitting that Louth Hurler Shane Fennell picked up the award for Senior Hurling Player of the Year. Fennell has done much to improve the game in Louth during his time on the senior panel and was hopeful of continuing success in the future - starting with a victory over Donegal on Sunday.

Having moved on to begin his refereeing career, Aaron Hoey was given a special award on his retirement from the Louth senior set up. Hoey has been a loyal and dedicated footballer to the Wee County for many a year and his tremendous scoring exploits have pushed him up the all-time scoring charts within the county.

He was also a member of the Louth team that suffered heartbreak against Meath in the that Leinster final in 2010.

A most fitting end to the evening was provided by the honouring of the great Louth hurling team of 1973. That team won a Leinster junior championship at a time when hurling in the Wee County was going through a golden period. Those surviving Gaels that were honoured on Saturday night wished today’s hurlers the very best in their pursuit of the Nicky Rackard Cup in 2013.