Mallon happy with Pat’s response ahead of O’Donnell final 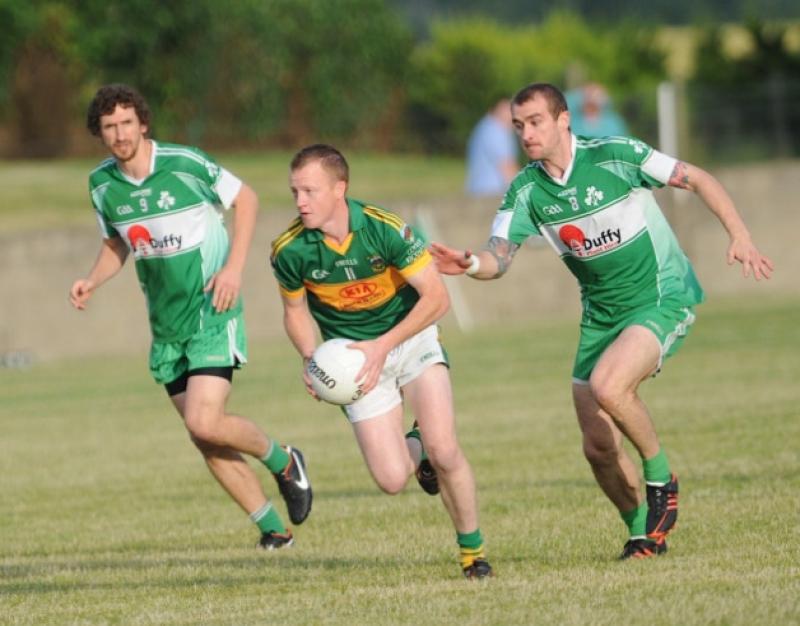 It was hard heading back to training the following week. The hopes of a three-in-a-row had been dashed against the rocks the previous Friday night as Newtown Blues reached the final after the semi final replay in Haggardstown.

It was hard heading back to training the following week. The hopes of a three-in-a-row had been dashed against the rocks the previous Friday night as Newtown Blues reached the final after the semi final replay in Haggardstown.

Some teams might have fallen by the wayside and the remainder of the season would have taken on the complexion of a corpse.

Yet the following Tuesday night they all arrived out at Pairc Eamoin in Lordship. The numbers were high and the will to close out the season with pride was evident for all to see.

It could be a defining moment for a club like St Patrick’s, so used to winning and so used to representing at the biggest football occasion.

For St Patrick’s midfielder Paudie Mallon it was great to see, but learning from that championship defeat to the Blues will take time to clear the system.

“When you train hard and prepare well it’s difficult to be objective. Maybe with a bit more time we’ll have a better perspective on it and hopefully next year we can use the defeat to push us ourselves on as a team”, reflected Mallon.

“The good thing is that after that game we still had the numbers showing up for training and we’ve managed to get back to winning ways with results in the last two league matches and it would be great if we can continue that through to the game next weekend.”

His side may have beaten their opponents and bitter rivals twice already this season, but Mallon points to a Cooley panel bristling with Louth players as a valid reason not to believe Cardinal O’Donnell is already safely back in Pat’s hands.

“We’ve had a couple of hard games against them already this year and they’ve both been tight encounters. They’ve a strong representation on the county panel alongside other experienced players and I think the fact that they were county finalists shows that they can pose challenges for any team.”

Whatever those previous results this season, it’ll be all down to who turns up at Dowdallshill on Sunday and who wants it more.

It’s unlikely that after letting the senior championship slip out of their grasp this year, Pat’s boss Fergal Reel will accept another below par effort from his panel.

Their championship form this year was less than impressive, despite reaching the semi final, but Pat’s will need to be at their best to put down Adrian Sheelan’s Peninsula rivals. Naturally Mallon agrees.

“When it comes down to it this is a final and it’s about who plays the better football on the day. The two games earlier this season won’t count for anything on Sunday week and we need to prepare for this game in the same way as we would for any other.

“Both teams always enjoy these occasions and there’s no motivation needed for a Pat’s/Cooley game”, added Mallon.