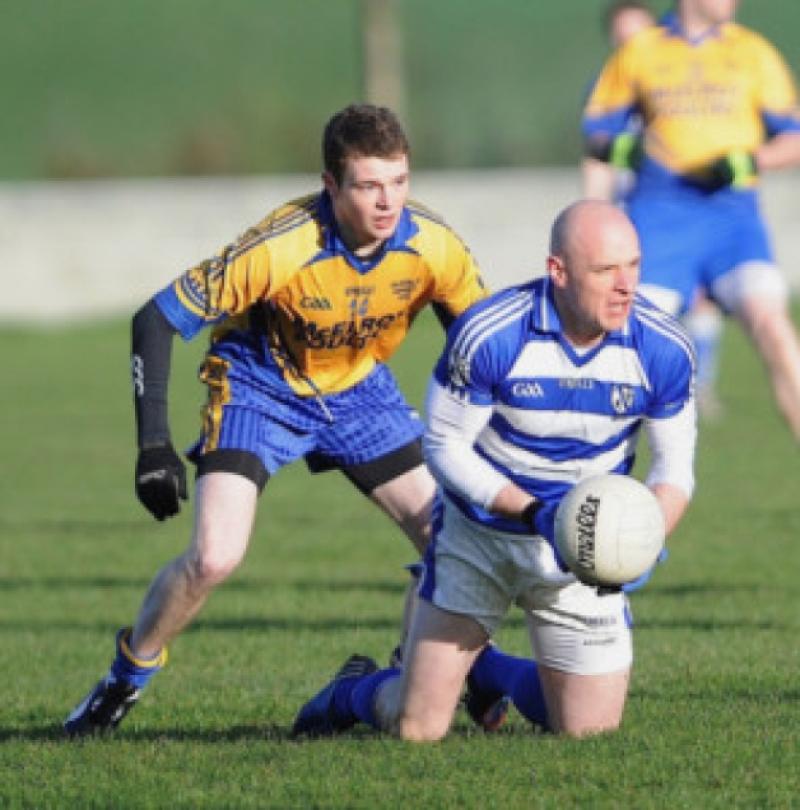 Dreadnots dispatched Cooley without having to break a sweat on Friday night and in doing so earned their first win of the league season.

Dreadnots dispatched Cooley without having to break a sweat on Friday night and in doing so earned their first win of the league season.

A vital goal from Pauric Smith in the lead up to half time proved pivotal as it gave Dreadnots enough breathing space as they faced into the wind in the second half.

The game was also notable for the dismissal of three players in the closing stages of the clash.

The opening stages of the game saw the Dreadnots impress with som wonderful football and they cruised into a 0-6 to 0-1 lead with just 15 minutes on the clock. Peter Kirwan and James Califf were the tormentors in chief against Cooley.

The Kickhams did recieve a lift when Brian White and Patrick Sheelan knocked over a point apiece, but there was no stopping Dreadnots as they headed for the dressingrooms with a dominant nine point lead.

It got worse for Cooley moments into the new half when Smith raised the green flag a second time for Dreadnots and a quick point from Fergal McGuigan all but sealed the victory at that stage, giving the Clogherhead men a massive thirteen point lead.

Cooley suffered a further blow when they had a man sent off with just over thirteen minutes left.

However Dreadnots suffered their own bad luck when Peter Kirwan was shown the line and James Califf was rushed to hospital following a nasty challenge.

Yet the result was already beyond doubt as Dreadnots claimed an eleven point victory over the Peninsula side.

White wins it for Pat’s

Karl White was the man in form as he hit the back of the net twice to set up the victory for the county champions.

With the wind to their backs and playing some decent football Pat’s went in ahead by 1-7 to 0-1 at the break.

The men from Collon did put up more of a fight in the second half but White’s goal proved decisive as Mattock failed to find a way back into the clash.