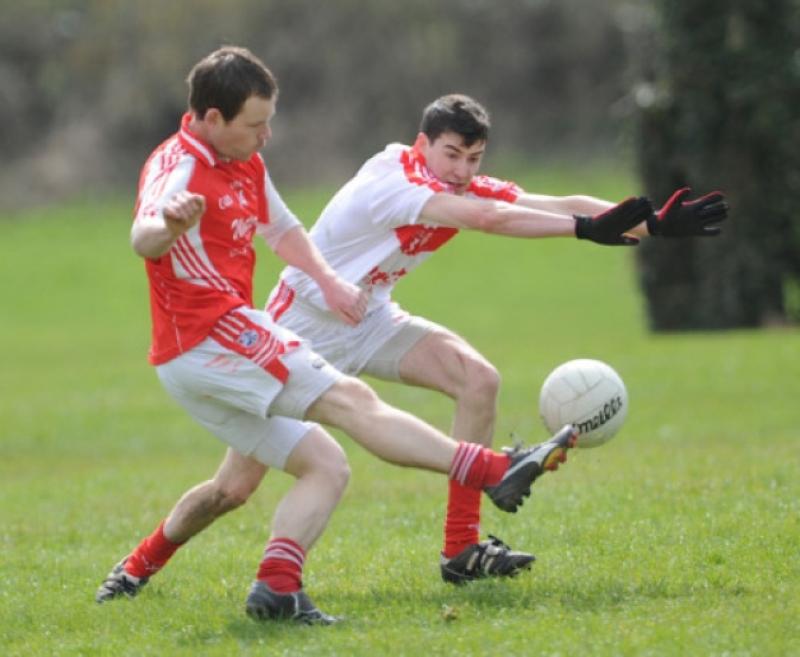 Stabannon Parnells caused the upset of the day when they recorded a one-point victory away to Glen Emmets on Sunday.

Stabannon Parnells caused the upset of the day when they recorded a one-point victory away to Glen Emmets on Sunday.

The Tullyallen side needed both points to reclaim top spot in the table but their defeat means that Roche Emmets retain the lead.

Stabannon illustrated from the opening minutes that they were up for this game as they scored the opening three points.

The teams traded points for the remainder of the half, but it was the Parnells who were leading by 0-5 to 0-3 at the break.

Glen Emmets suggested that they would get to grips with the game as they scored the opening point of the second half.

However, Stabannon responded in style to score three unanswered points and lead by 0-8 to 0-4.

The home side pushed hard for the remainder of the game but they could only manage three points as Stabannon held out for a one-point win.

Woods on fire for Finbarrs

The third match of the Division 3 league and the Westerns were looking to recoup lost points by achieving their first win of the competition.

Equally, St. Finbarr’s were chasing their second win. Right from the start there were heated exchanges and visible tension from both sides as they battled the strong wind and intermittent rain.

It was St. Finbarr’s who put scores on the board first with two points in succession.

The Westerns replied with a well-coordinated and finely struck goal from Andrew Kerr. St. Finbarr’s came right back with a goal of their own. And all this in the first seven minutes.

St. Finbarr’s continued to pile on the pressure to extend their lead by four points into half time despite some super scores by Tommy Durnin and Michael Martin.

With the wind behind them The Westerns came out fighting in the second half.

Tommy Durnin was the star of the second half with four points for the Westerns bringing his tally to five.

St. Finbarr’s were relentless in their attack scoring another goal and a volley of points, much to the disappointment of the local support.

A fiery second half led to the sending off of a Westerns player, which changed the focus of the game.