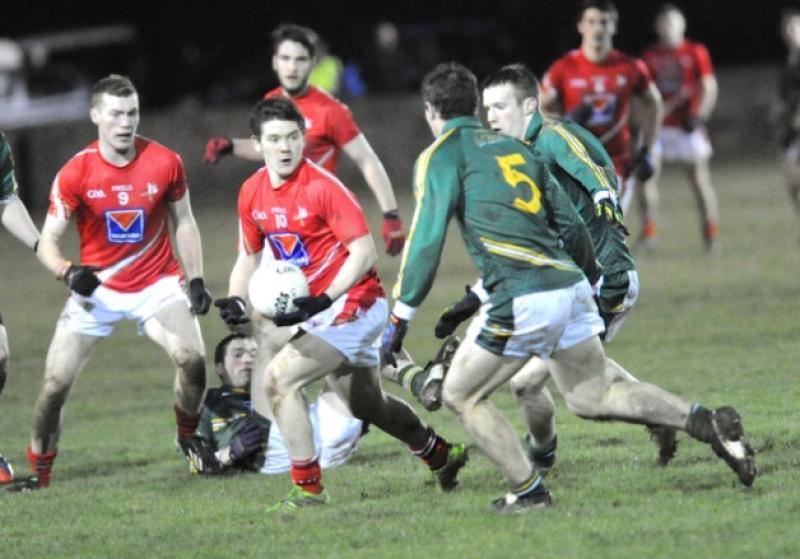 There’s a man down in Kerry currently sitting with his leg up for the next four to five months.

There’s a man down in Kerry currently sitting with his leg up for the next four to five months.

There’s a boy up in Louth who, last Wednesday night, had quite a few people drawing comparisons between him and a certain Kingdom legend - Colm ‘The Gooch’ Cooper.

The boy up in this neck of the woods is Ryan Burns. Commit that name to memory following this 3-11 to 2-14 draw.

On a torrid mid-week evening, with the rain spilling and the wind whipping, Burns, who’s still just a minor, defied the elements and Meath and produced a performance that was worth more than the price of the admission to Clan Na Gael Park for this Leinster U21 championship Quarter final.

His two goals, both brilliant finishes preceded by some fast feet and hands, highlighted Burns’ wonderful natural ability. The first saw the Hunterstown man grasp a pinpoint long ball in from Cian Doyle and then twist himself free of his marker and sidefoot the ball into the bottom corner - simple, but effective. The second was another case of reaching a ball from Paddy Reilly that he should not have gotten anywhere near and then whipping it into the net.

His two goals aside, Burns showed the kind of calmness usually reserved for fighter pilots when he stood facing the posts from the left-hand side in the final seconds of normal time and swept over the match drawing point - ice in the veins that fella.

Sure he’ll capture the headlines, and deservedly so, but beyond Burns’ display, the game was a thriller. The kind of match that had no business being played on a such an awful night.

Both sides of the Boyne must take the plaudits for making it so. That it eventually went to extra time was a further bonus for the diehards who witnessed it. Nobody really wanted it to end and now that it is teed up perfectly for a replay on Wednesday, Pairc Tailteann is sure to be packed to the rafters.

In a difficult week for Louth football, following the senior team’s hammering by Down the previous Saturday, the U21’s brought a little bit of hope back. Their never say die attitude and total commitment to the cause was the exact antipathy of the senior performance.

The lead swung from one side to the other throughout the sixty regulation minutes and the twenty extra time minutes. At the beginning it looked more than likely that the visitors would go on to steamroll a slow out of the traps looking Wee County.

Meath’s Eamon Wallace, with his incendiary pace, broke through the Louth ranks early on and if it hadn’t been for the close attention of Reds corner back Kieran leneghan then Wallace might have put the game to bed there and then.

The Royals did squeeze into a two point lead afer four minutes. But David Reilly’s side changed tack and began to make space for themselves. Ryan Burns got them moving in the fifth minute with a converted free and a long range effort from O’Connell’s man Robert Quigley levelled matters a minute later.

Popping points over at either end, the game wore on until Burns first goal with six minutes to go to the break. Leading by five points now, Louth looked ready to dominate. But the last four minutes of the half saw a total turn around in fortunes for Meath. They hit two goals and tow points to completely sucker punch Louth as the interval arrived.

That late first half blitz would have derailed other young teams, but not this time. The Reds ambushed Meath straight after the restart and scored two goals and two points of their own to lead by four points. But that was it, from Reilly’s side surprisingly, Meath completely dominated the rest of the half and they led by one until Burns struck that memorable equaliser. Into extra time so, and a point apiece in either half left it level.

As the game neared it’s conclusion and Meath were knocking at the door with attack after attack, Louth, under the strong leadership of James Stewart, did not yield and held fast. Last ditch tackles and all-or-nothing blocks stopped the Royals dead and as referee Patrick Maguire called a halt to the match a cheer rose from around the four corners of the ground.