Gers hit back at Irelands 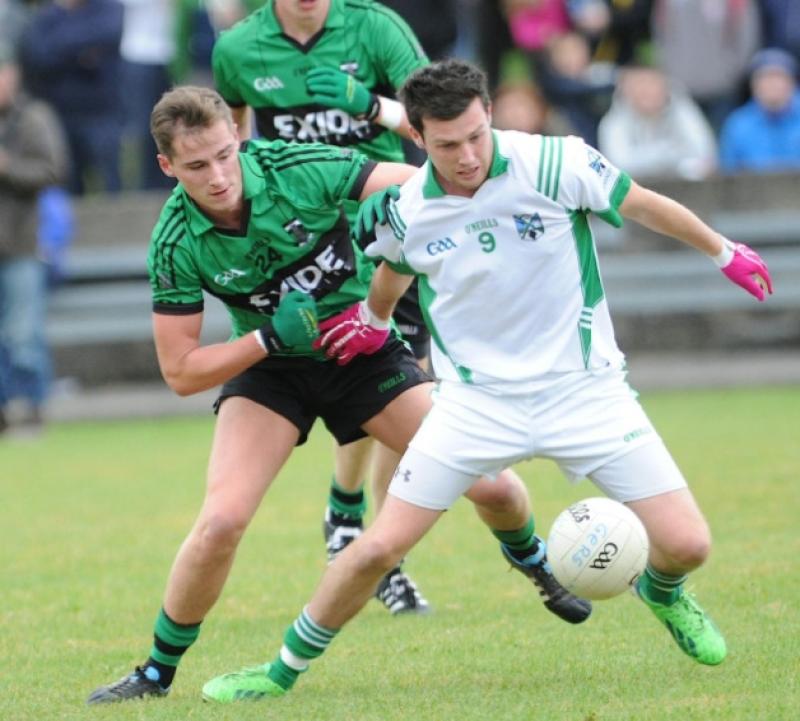 If he could bottle whatever he said at half time and sell it, he’d be a very rich man.

If he could bottle whatever he said at half time and sell it, he’d be a very rich man.

Eamon McEneaney took his troops into the dressing room at half time and said or did something which completely spun this game around for Geraldines.

In the first half on Saturday evening in Castlebellingham the Haggardstown men waltzed around the pitch like a dancer looking for a partner. They lacked any venom or even passion and were behind by seven points and looking likely to fall out of the championship.

To their credit Young Irelands hit them hard, and fast, right from the start. A rocket from Peter Flynn accounted for the goal and Derek Maguire was pinging points over without even looking at the posts. But that still doesn’t pardon Geraldines’ malaise.

But into the dressing room they went at the break. Maybe it was a version of the infamous Fergie hairdryer or maybe it was something more subtle. What emerged was a new team though. Buoyed and pigeon chested, they changed the game.

But it wasn’t just words that did the trick for McEneaney’s side. The introduction of a heavily bandaged Barry Hamilton at full forward was a master stroke.

Visibly limping at times, Hamilton’s deployment was a gamble. It instantly paid dividends though.

He scored Gers first point of the half when he claimed a high ball outside the square and spun and shot the ball over. It was on now and Hamilton was up to his neck in everything his side did.

With almost no opposition at all, the Haggardstown side hit an incredible 1-10 without any murmur of disquiet from Young Irelands in the first seveteen minutes of the second half.

That period of extensive bombardment mortally wounded Young Irelands. They could only stand and watch their lead crumble and they dreams of a semi final disappear with each landed Gers point.

It appeared that even the Irelands bench froze under the onslaught. Manager Enda Murray eventually made a double substitution after eighteen minutes. But it was way too late in reality. Little could be done to salvage the situtation and for the last ten minutes his shellshocked troops just played the game out.

Any sense of purpose or direction had departed. They had simply been mesmorised by the Gers. Jim McEneaney and Shane O’Hanlon came into their own in the second half and between them they accounted for 1-7.

Having previously blown sides away, Young Irelands were looking like the black horses for the championship and at half time their odds for the Seamus Flood trophy would have shortened even further.

But championship football is a strange beast and whatever you did just minutes ago counts for little if you stop to savour the view. A hard lesson they learned on Saturday.

The me n from Haggardstown now have, what they would see anyway, as a promising semi final clash with roche Emmets to look forward to.

Yet if the championship has tought us anything this weekend, it’s that league status and even previous form counts for very little on the day in question.

But Geraldines will take huge confidence from the way in whihc they were able to turn this match around when it looks all but dead.

And Eamon McEneaney will be hopting he won’t have to perform half time mircales again this year.