The Darver dream team have a magical year to remember 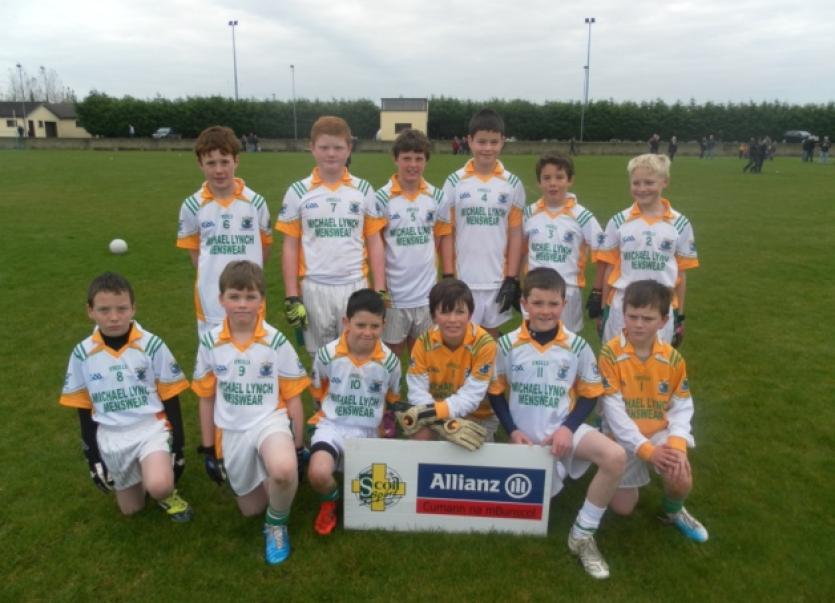 For many small clubs or schools a dream team comes along once in a lifetime and so it was this year for Darver NS.

For many small clubs or schools a dream team comes along once in a lifetime and so it was this year for Darver NS.

A team made up of three clubs, St Josephs, Clan na Gael and St. Brides brought great pride and honour to the local school and the wider community.

Darver started the year winning the Jack Dennehy Shield, were runners up in the Cumann na mBunscol Sciathe Mhic Raoise competition for all schools in the county before capping off what was an amazing year by winning the Fr. John Sheelan cup against Ardaghy.

The season started with the Jack Dennehy competition for small and medium sized schools in the county. Darver had to battle all the way to make it to the final against Carlingford.

The final was an excellent game between two well matched sides Conor Neary of Darver lifted the Jack Dennehy Shield on a scoreline of 1-12 to 3-4 against Carlingford.

Darver NS went on an incredible run in the Cumann Na mBunscol Mhic Uir competition for all schools in the county. Darver with just 70 pupils in the school came up against teams with 300 to 650 pupils and against the odds they made it all the way to the finals.

having made it all the way to the finals in The Grove in Castlebellingham, Darver put in three fantastic displays, firstly upsetting the odds in a fine team performance with a 1-5 to 0-4 win over Bay Estate from Dundalk.

The second game against Monastery NS Ardee proved the decider with Darver ahead courtesy of a Conor Neary goal by 1-1 to 0-3 at half time. The game was decided in the last three minutes when Ardee showed their strength with two quick goals and were deserving winners by 2-5 to 1-4.

In the final game Darver continued their fine scoring form with two goals from Neal Thornton and ran out convincing winners against Carlingford NS by 2-6 to 1-2 to leave Darver as runners-up in the County.

Given their achievements in the larger competitions Darver went into the final of Fr. John Sheelan Cup as warm favourites. Darver settled quickly with Gabriel Bell and Josh Mackin controlled the midfield exchanges and were soon five points up with scores from Conor Neary, Gabriel Bell and Neal Thornton before Conal McCaul cut through form left wing for a goal.

Ardaghy then came into the game and hit 1-2 with Matthew Quigley making a full length save to deny Ardaghy another goal. Midway through the half Darver were ahead 1-6 to 1-2 and they finished the half strongly with goals from Neal Thornton and a third from Conal McCaul to leave the half time score Darver 3-7, Ardaghy 1-2. Ardaghy started the second half strongly but Darver eventually won out 6-12 to 3-2.