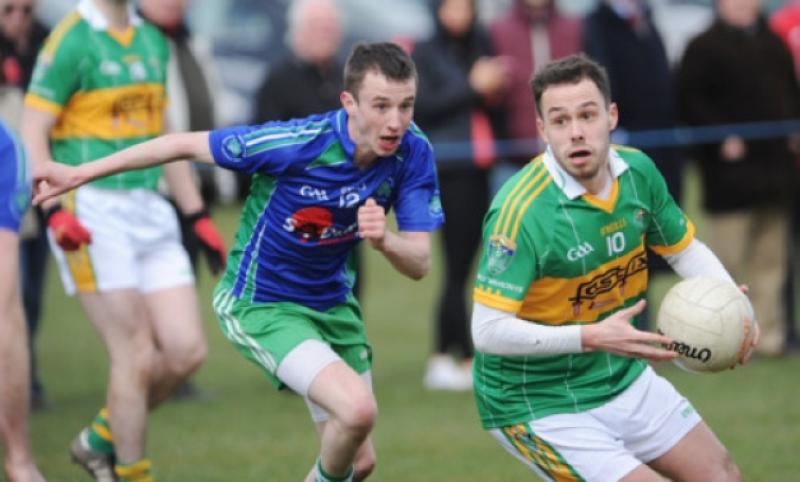 Roche Emmets made no mistake as they put Westerns to the sword in devastating fashion on Sunday afternoon.

Roche Emmets made no mistake as they put Westerns to the sword in devastating fashion on Sunday afternoon.

The second match of the Division 3 Senior league and the Westies were looking to chalk some points on the board.

After last week’s away defeat to Emmets, the Westies were hoping to hit the ground running. Unfortunately it was Emmiti de Roiste who piled on the pressure to score the first brace of points. 10 minutes into the half and Emmiti continued to hit Westies hard with a goal and one more point uncontended.

A well taken free kick by Tommy Durnin put the first points on the board.

The Westies then put the ball over the bar again with a super point by Andrew Kerr.

Emmiti retaliated with a volley of scores, five points and another goal to be precise. Some heated exchanges with the Referee made for an intense first half but it was Emmiti who led the Westies 2-8 to 0-2.

The second half was no better for the Westies with Emmiti first out of the traps with eight points in a row unchallenged.

Inclement weather conditions continued as the cross wind forced players to rethink their playing styles and the Westerns manager looking to rethink his teams strategy. With that, the Westies Bainisteoir made four subs in the second half to try and bring a different perspective to the game and hopefully a more reasonable score.

Unfortunately that was not to be the case and it was Emmiti de Roiste who came out victorious with a 2-16 to 0-2 win.

Sean McDermotts overcame a four point deficit to eventually see off a resilient Lannleire side on Sunday afternoon.

It took a crucial second half penalty from substitute Danny Woods to begin the Seans fightback.

However McDermotts keeper McGahon was the hero of the hour when he pulled off a wonderful save as the game was nearly over to deny Lannleire’s Nicky Malone a certain goal.

It was Lannleire who looked the more powerful in the early exchanges and they deservedly led at the break by 0-7 to 0-5.

That lead increased early in the second half with two well taken scores from the Dunleer men to leave Seans trailing by four.

Then up stepped Woods to fire home that all-important penalty following a foul on teammate Ian Corbally.

As the final the game entered the final minutes neither side managed to open a winning lead, however a Kevin Carroll goal for the Seans settled the tie and McGahon’s crucial save sealed the result.