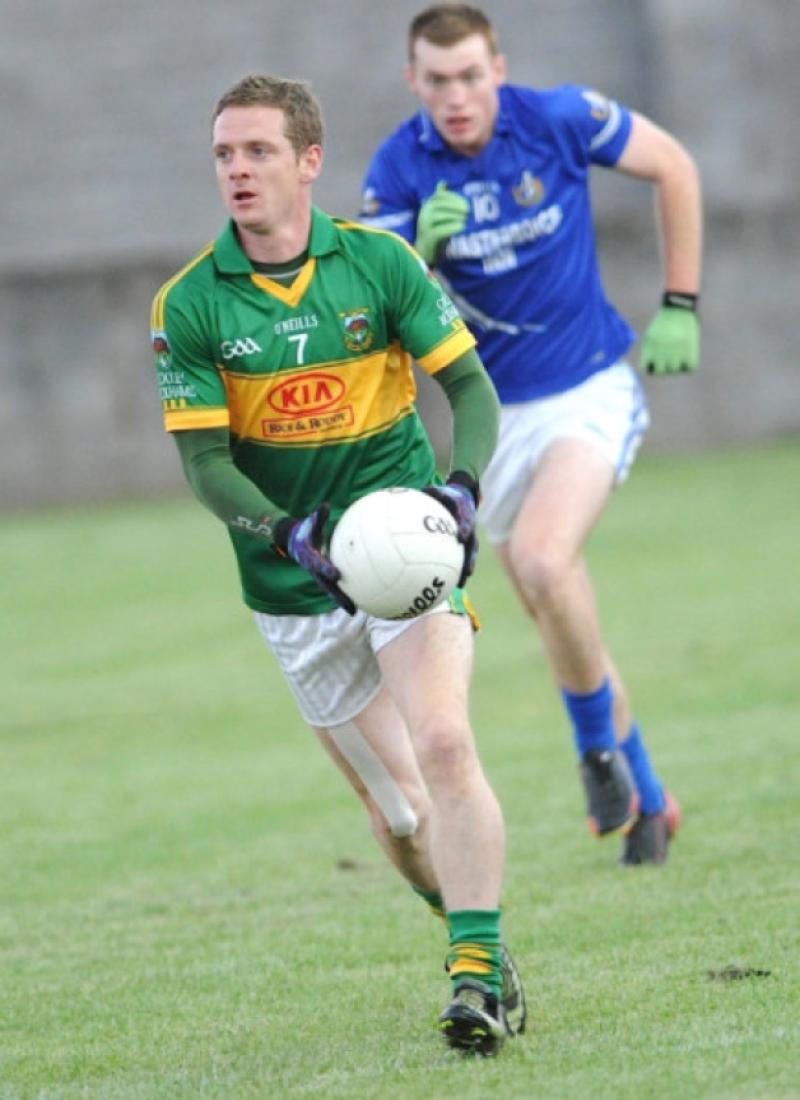 Cooley Kickhams booked their place in this year’s senior championship final when they saw off O’Connell’s in Dowdallshill this evening by 2-9 to 0-9.

Cooley Kickhams booked their place in this year’s senior championship final when they saw off O’Connell’s in Dowdallshill this evening by 2-9 to 0-9.

A penalty for the Peninsula side eight minutes into the second half swung the clash in favour of Cooley.

O’Connell’s keeper Stuart Reynolds cut down Ciaran Sheelan when the Cooley forward was through on goal. Patrick Sheelan converted the spot kick which gave his side a four point lead.

Sheelan turned villain with four minutes left when he was shown a stright red card. He will now miss the final, which will be a major blow to to the Peninsula side.

O’Connell’s also finished with fourteen men when Stuart Reynolds was red carded in the final minute of the game.

Cooley’s Richard Brennan scored 1-2 in a game which was eagerly contested and testy at times.

However Cooley had the free taking excellence of Brian White to rely on to keep them ticking over throughout the match. He scored four frees and five points in total.

The Castlebellingham men led 0-6 to 0-5 at half time. But they had the wind in their favour in the that period, yet failed to build a sizable lead.

It proved costly as Cooley went on to score 2-4 in the second half to get them into the final were they will await the winners from the replay between Newtown Blues and neighbours St Patrick’s.