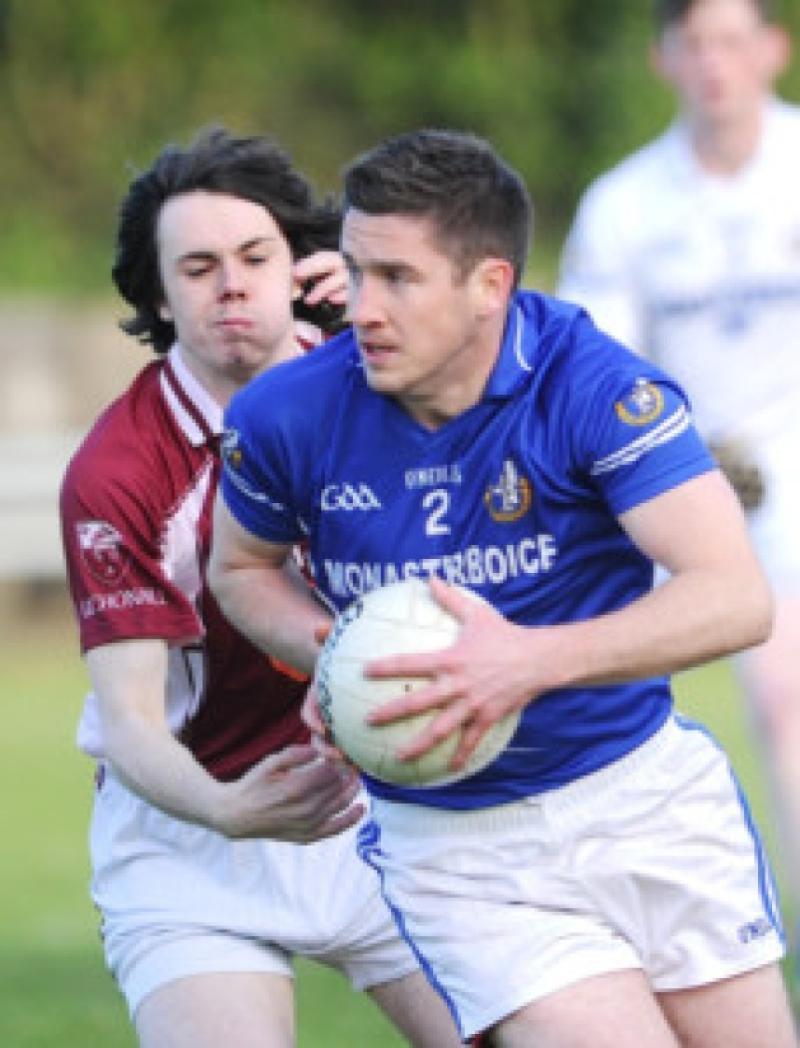 O’Connell’s qualified for the final of the Sheelan Cup with a two point victory over the Mairtins on Friday night, but the men from Monasterboice must be wondering how they are not in the final.

O’Connell’s qualified for the final of the Sheelan Cup with a two point victory over the Mairtins on Friday night, but the men from Monasterboice must be wondering how they are not in the final.

Indeed had they brought their shooting boots with them they might have won this game at a canter.

In a low scoring first half the home side got on the score board first only because the away side had already had at least four wide’s.

A Niall Conlon free and a point from play from Robert Quigley got the home side off the mark.

Francis McCullough got the Jocks first point from a 45, but a free from Paul McKeever got it back to a two point game after 20 minutes.

A line ball for the home side on their own 21 yard line was intercepted by Nicky McDonnell, who passed it on to Stephen Campbell who finished neatly to the top of the net.

Brian Berrill pointed a free to leave the away team in front at the break 1-2 to 0-3. The teams shared the first two points of the second half, a free from Conlon for the home side and a McDonnell fisted point for the Mairtins.

A McCullough free and the same from Conlon kept them level but a rear point from play from Campbell had the Jocks ahead after 47 minutes.

Dean Stanfield put the home side in front for the first time since the start of the game and Cian Doyle extended the lead to two points with five minutes to go.

The Monesterboice outfit were guilty of some awful shooting in the second half and hard as they tried to claw back the home sides two point lead they could not and Conlon finished off the scoring with his fifth point of the game.

The Bellingham team are back in the final for the second year having lost to the Blues in last year’s decider, but had the Mairtins brought their shooting boots to the Grove it might have been them, that would be contesting the final.