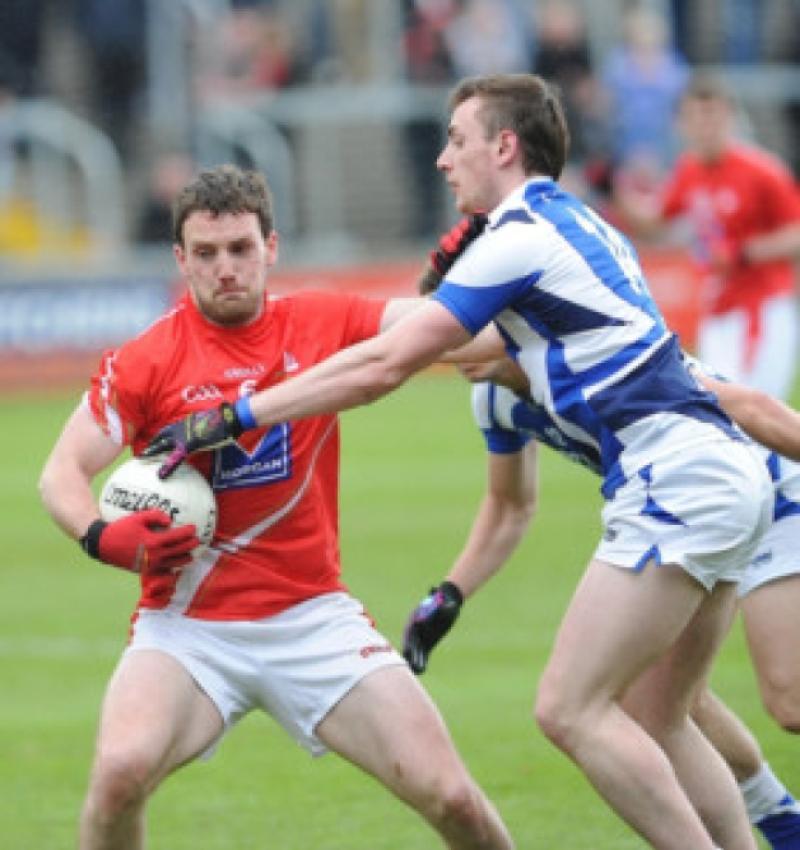 It was last Tuesday evening and Ardee St Mary’s defender John Bingham had just finished up after another tough training session in Darver ahead of the championship opener.

It was last Tuesday evening and Ardee St Mary’s defender John Bingham had just finished up after another tough training session in Darver ahead of the championship opener.

He had been in or around the Louth set up all year, since the first trials back in November in fact. But, despite an odd appearance here or there, he had not managed to nail down a starting berth. All that changed when Louth boss Aidan O’Rourke handed him the number four jersey for Sunday’s game in Portlaoise though. It was as much a surprise to Bingham as anyone else and he spent the remainder of the week on edge as he awaited the big day.

“I’d say I was wrecking the girlfriend’s head during the week”, quipped the Ardee man after Sunday’s victory.

“But thankfully enough she kept the nerves in check and all the lads were great for the encouragement and everything. And I have to thank the family for keeping my feet grounded.”

The icing on the cake was provided by his point in the first half on Sunday. Bingham smiled as he spoke about the build up to his memorable first championship score on his championship debut.

“I just saw the space and I knew (Brian) Donnelly wasn’t going to run the length of it so I took it off him and I was actually looking at KC, but his man tangled him up and I just said ‘here I’ll have a go’.”

The game was less a challenge than many had expected and the ten point winning margin certainly didn’t flatter Louth. The Louth defender was quick to point to the management for getting the side into the right frame of mind to put in such a polished performance.

“We expected a tough game, Laois are top quality”, explained Bingham. “They got to a quarter final last year against Dublin. Portlaoise is always a hard place to come to. But we believe in ourselves and that comes from Aidan and Martin and the rest of the management. They instil that belief and the lads were just excellent today from the word go and we just didn’t want to stop, we just kept going.”

From the very first whistle on Sunday, Louth attacked Laois and never let up. Bingham revealed that the players and coaching staff had sought to up the intensity from the off and push Laois onto the back foot.

“The work with Mike (McGurn), the strength and conditioning and intensity we did we planned on bringing that into the game. We say it every time, but each time we step out on that field we bring it all and you can’t leave anything behind and have any regrets. So from the word go we kept going.”

His delight at making the starting fifteen was obvious, but Bingham knew that the result was all that mattered in the end in Portlaoise.

“To win in Portlaoise that was the main thing. I just wanted to get the job done and be part of the team. I was happy when Aidan picked me and the point was nice as well. But the main job was getting the win here and moving on to the hard training on Tuesday night to get ready for Wexford.”

Its back to Darver on Tuesday for that training session, and preparations for the arrival of Wexford will be started straight away. Bingham will undoubtedly be hoping that Aidan O’Rourke will hand him that number four jersey once again for that clash. However, one wonders how his girlfriend will cope if that happens.