Blues hoping to win back their title 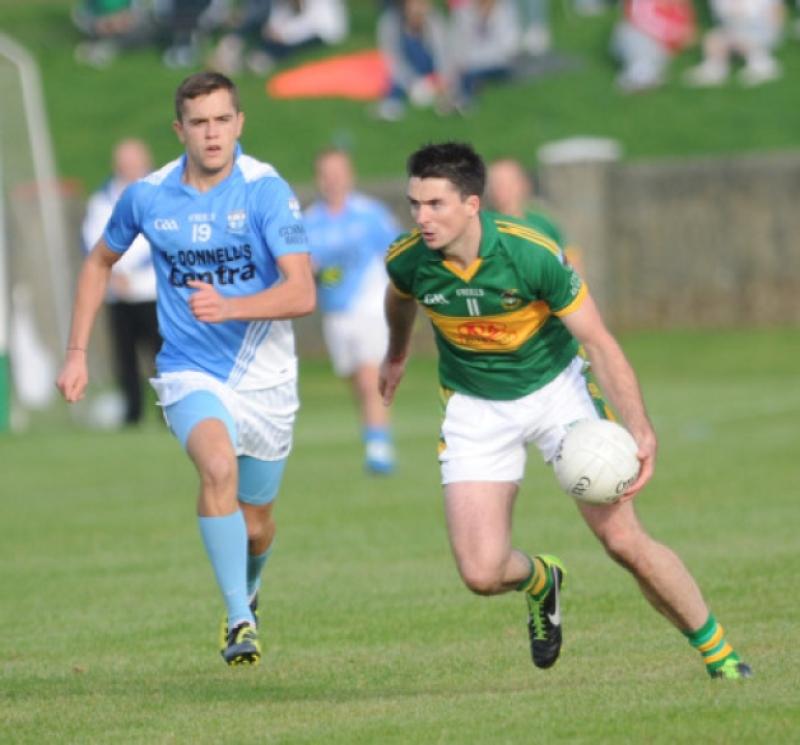 On Thursday evening, in the Gaelic Grounds in Drogheda, Cathal O’Hanlon will lead Newtown Blues out in the Senior Championship for the first time since they claimed the Joe Ward title at the same venue eight months previously.

On Thursday evening, in the Gaelic Grounds in Drogheda, Cathal O’Hanlon will lead Newtown Blues out in the Senior Championship for the first time since they claimed the Joe Ward title at the same venue eight months previously.

While a lot of attention will focus on that match, most people will be looking back up the county towards Lordship for the best bet on the eventual winners.

St Patrick’s, and in particular manager Fergal Reel, will feel that 2013 was the one that got away. A chance of claiming a rare three-in-a-row slipped from their grasp in the semi final in Haggardstown last year against Newtown Blues.

This year it’s unlikely Reel will allow such a lapse to reoccur. And if the noises coming out of Lordship are anything to go by, then the Pat’s are slowly bringing back together their strongest team in time for their championship bow against Naomh Mairtin on Sunday.

Alexis Zamboglou has re-entered the fray. Paudie Mallon is available once again and Eamon Carroll is another who has pledged his name to the Pat’s Championship cause. With a team bristling with intercounty talent and experience of winning on the big stage, it’s hard to look past them come the end of September.

So if Reel’s side are the favourites, who else can possibly upset the odds? Naturally, as incumbents of Joe Ward, Newtown Blues would fancy their chances of retaining their title. However Pat McDonagh has left the fold and in his place has come former Clan Na Gael boss Cathal O’Hanlon. O’Hanlon has undoubted experience from both his playing days with Louth and in management, yet the Blues start to the season has been slow and, thus far, unrewarding.

Whether that’s all part of the plan, remains to be seen. But they certainly can’t be ruled out of the running when they have the likes of Andy McDonnell, Colm Judge, and Hugh McGinn all available.

Having recently lost out to Cooley Kickhams in the Paddy Sheelan Cup, Dreadnots will be hoping to put the misery of a first round knockout last year behind them and build on 2012 when they made it all the way to the final before succumbing to St Patrick’s in the final.

Louth legend Colin Kelly is at the helm of the Clogherhead side this year, and having managed both O’Raghallaigh’s and the Louth U21 team in recent years, Dreadnots fans would certainly be hoping they’ll be there or thereabouts. But a tough group containing St Patrick’s and Naomh Mairtin will test Kelly’s side and the strength in depth of his panel, which has been an issue this season.

It’ll be 24 years this year since Cooley Kickhams last tasted a Senior Championship win and although they reached the final last year, it was a poor showing from the Peninsula side and they’ll be hoping to banish that memory this year. Gary Thornton is back in charge, following a previous spell at the helm from 2006 to 2008. Thornton was also a member of the last Joe Ward winning team back in 1990. Hopes of another title rest on his shoulders in 2014.

It’s more than likely going to be one of those three that put it up to Pat’s, but which one?