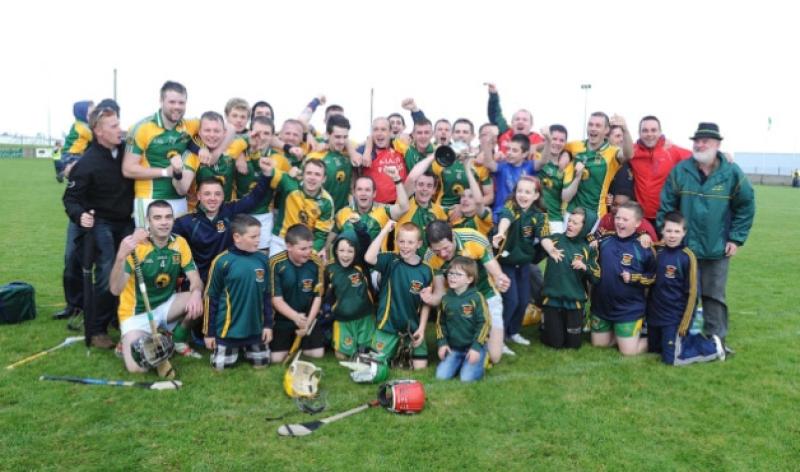 Pearse Óg enter this year’s Senior Hurling Championship bidding to make history - never before have the club did three-in-a-row.

Pearse Óg enter this year’s Senior Hurling Championship bidding to make history - never before have the club did three-in-a-row.

That is the prize that awaits them if they can see off the competition and retain the Paddy Kelly Cup for the fifth time.

Yet for all of the talk that may be circulating on the outside of them hurling their way into county history, senior player Aidan Callan says there has been no talk of it from within.

“Its strange,” he told the Dundalk Democrat. “But there has not been much talk in the club about doing three-in-a-row.

“We are just focused on each game as it comes around and we will be treating each one as a semi-final because in hurling, the way the fixtures are, you could find yourself out of the championship within about 10 days.

“We know there is an ‘x’ on our back now and teams historically fancy their chances against Pearse Óg but we have always had that ability to go on and win it though didn’t have that consistency. That is something that we have improved upon and as such, so has the quality of our play.”

Last year in the final, the Dundalk club won out 2-9 to 1-7 against Knockbridge in Dunleer with one of the smallest squads in the county made up of players in their late 30’s and early 40’s, some of whom were beginners when the club was founded.

That is something which highlights the “unique” nature of the club. Callan himself doubles as treasurer while the club secretary and chairman are also players themselves.

“We could hold a committee meeting at half time,” jokes Callan. “It is a small club, we have just the 22 players. We have the Callans, the Myles and O’Briens, there are four or five sets of brothers in the squad, it is unique.

“It may be a small group but no player will let you down. They are always there and always giving 100%.”

Despite being defending champions, Callan insists the favourites tag does not belong to them and expects big things from a fledgling St Fechins.

“I wouldn’t consider us favourites,” he admitted. “Knockbridge will always be there and the Fechins will be up there too.

“They remind me of ourselves in 2002, looking for that first championship win and I think they will do it within four or five years.

“But we will prepare well and we still have the hunger,” he warned the opposition.