Consolidation the key for Roche Emmets this year 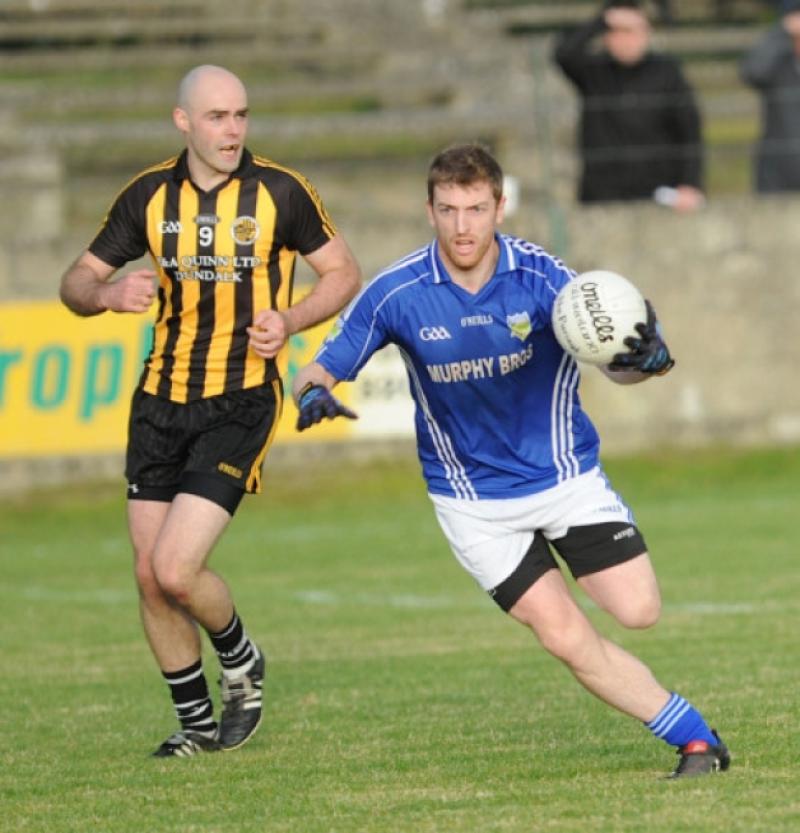 There are no bold proclamations coming from the Roche Emmets camp on the eve of the Intermediate Championship in a year of consolidation for the north Louth club.

There are no bold proclamations coming from the Roche Emmets camp on the eve of the Intermediate Championship in a year of consolidation for the north Louth club.

Following a period in league exile in Division Three after their relegation, they bounced straight back with a title victory there last season to get back to Division Two.

They have taken to their old surroundings like a duck to water, winning four of their seven games so far and currently sit fifth after seven games played.

After such a tumultuous recent time of it encompassing promotions, relegations and semi-final heartbreak, selector Mark Dowdall is remaining realistic and is making no grand designs on hoisting aloft some silverware come crunch time.

“We like to think that we will give the Championship a good go,” he told the Dundalk Democrat. “But we also know that for ourselves, this is a year to consolidate.

“There is no thinking of winning the Championship or anything like that from our point of view as there are some very strong teams like the Joes. At the start of the year we said that we would like to remain in Division Two, which we look like doing, and then get out of our group in the Championship and take it from there.”

That group they will have to contend with is one that represents a good draw for Roche, having been thrown in alongside Glyde Rangers and St Brides.

The Tallanstown men have struggled so far in 2014 while the Knockbridge outfit have been hampered by inconsistency but it is a group that Dowdall believes will be extremely close given that all clubs will be pleased with it.

“They are good, seasoned Championship sides and I think they will be looking at games against us and thinking ‘that is a winnable one’ and we will be doing the same with them,” he continued. “We will all believe we can get a result against the other sides and they will be thinking exactly the same about us.

“However the league form has gone, it won’t matter at this stage how anybody has played. It is often said but the Championship is a different level entirely.”

His side’s displays in league duty, he admits, do prepare them well for what is to come but he stressed that they will have to be able to elevate their game to compete in the Championship.

“Winning breeds winning, as they say,” he added. “At the same time, in the Championship, teams will find that extra yard. They will fight that bit harder for the ball, run that bit faster, put that more in. It is a big step up undoubtedly.”

Last year, there were signs of encouragement in this competition. Roche reached the semi-final, having escaped the groups for the first time since 2006, and were only beaten there by eventual winners the Geraldines . Dowdall believes it has brought about a real change in mentality.

“They have had a taste for it now but we can’t go up against the Brides or Glyde thinking we will do as well as last year,” he admitted. “There is a belief and a new mentality with the team now after relegation two years ago when we were really down as a club over that.

“But now we are back after winning the division last year which was important for us and with a squad of young lads, there is a lot more belief in the team. That is something that’s important when you are playing this level of competition.”