Fight for Seamus Flood Cup looks too close to call 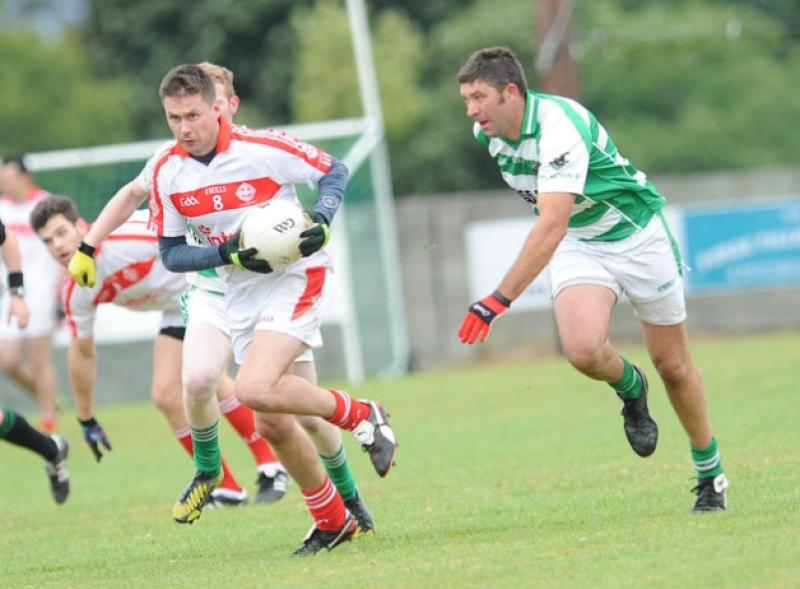 If you were to throw the names to the wind like stalks of straw and catch one at random, you’d have as good a chance of guessing who’ll lift this year’s Intermediate Championship as anybody else.

If you were to throw the names to the wind like stalks of straw and catch one at random, you’d have as good a chance of guessing who’ll lift this year’s Intermediate Championship as anybody else.

Such is the narrow margins between the clubs vying for Seamus Flood glory this year that bringing in an octopus to pick the winner seems like a genuinely scientific approach to the matter.

With Geraldines up and away after last year’s win, the rest must make a decent fist of it this time around. Certainly, with their standing in the top flight of the league, Sean O’Mahony’s should be firm favourites, however when it has come around to Championship time in recent years the Point Road club have been found wanting. A poor run in the league this year will not light any fires under any would be punters either. The O’Mahony’s last figured in the Senior Championship back in 2009, a return to that grade is a big ask.

David Reilly has gone to clublands of Meath this year, so St Brides will start afresh in their quest to get their hands on the trophy that eluded them in the showpiece final last year.

After that defeat to an all-conquering Geraldines side, club captain Shane Kerrigan said they’ll be back this year. Veteran Aaron Hoey is still available and giving as good as ever, but with a packed deck of clubs shuffling at the starting line this term, can the Knockbridge men stand out from the rest?

Glyde Rangers, relegated from the senior ranks in 2013, will be hoping to bounce back at the first time of asking, but they need only look to the likes of the O’Mahony’s and Young Irelands for recent evidence of how difficult such a task can be. Expect them to have a tough time in the group this year, with last year’s finalists St Brides and semi finalists Roche as bedfellows in group four.

Former Louth minor boss Thomas MacNamee has assumed control of Termonfeckin club St Fechin’s this year and despite a surging start to the season, things have tailed off in the league of late, with two recent defeats on the bounce.

However Ronan Holcroft is a handful for most defences and MacNamee will have them in the best physical condition of their lives. I can see them going far this year. Might be worth a punt.

Last year was the end of a mini-era for Clan Na Gael. Having contested the previous two Intermediate finals without success, the third time of asking proved too much as they crashed out. With Cathal O’Hanlon having moved on to Newtown Blues and a new management team in place, the Castletown Road faithful will be hoping for a long awaited return to the top table of the Championship.

New training methods and a more cohesive dressing room led to early gains in the winter compeititions, but it’s been a case of arrested development in the league in the past few weeks. They’ll be hard pushed to reached a third final in four years this time.

After a blistering few years back in the late noughties, Louth Village side St Mochtas have come a cropper in the past few years. A poor Championship last time saw them crash out in the group stages and just about stave off a drop to Junior Championship football. Nothing expected of them this year, so they’ll probably go on and win the thing.

A wonderful 2013 saw Hunterstown Rovers reach the heights of a Leinster Junior Club Championship Final. They may have lost out to Kildare side TwoMileHouse on that occasion, but with a Louth Junior Championship already on the mantelpiece, it was a dream year.

Having a hot prospect such as Ryan Burns can only help their chances in the Intermediate this year, but a stuttering league has seen them blow hot and cold. Maybe a year of consolidation instead at Pairc Baile Fiach.

Very little will be said of either Na Piarsaigh or Naomh Malachi’s prospects, but both have decent starting 15s, whether they have enough in reserve for a tough Championship campaign is a big question mark though.

Na Piarsaigh in particular face an uphill struggle to emerge from a group containing St Joseph’s and St Fechins. Meanwhile Naomh Malachi’s have a better outlook in their own group, with Hunterstown and St Mochta providing strong, but not insurmountable opposition.

Malachi’s also have the vastly experienced Ronan Greene on their books, along with the pace of Jamie Kelly at half back. Courtbane may be cheering a long summer of football.

Then there’s the senior champions of 2006. Out in Darver and Dromiskin another year passed last year and another year in the second tier ws realised.

Ollie McDonnell is in the St Joseph’s hotseat this time around and there’s genuine belief that a team with a good mix of youth and experience can make the jump up to senior.

Knocked out in the semi finals by derby rivals St Brides in the match of the Intermediate Championship last year, the Joes know they have to step up now or never.

McDonnell will look closely at the group and with a decent Fechin’s side and a renewed looking Na Piarsaigh outfit nestled beside them, it will take a concerted effort to finish top and secure a possibly more favourable draw in the next round.