Senior championship back with a bang this weekend 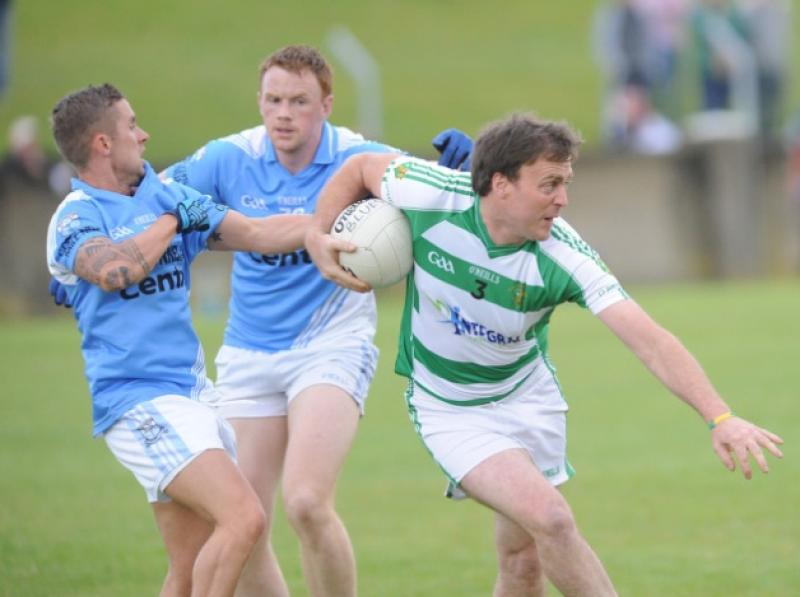 The chaff has already been stripped from the wheat as the Louth Senior football championship reaches the knock-out rounds this weekend, with eight teams vying for a spot in the semi finals.

The chaff has already been stripped from the wheat as the Louth Senior football championship reaches the knock-out rounds this weekend, with eight teams vying for a spot in the semi finals.

The match-ups are, as always, full of intrigue and history; none more so than St Patrick’s versus Mattock Rangers on Saturday evening in Haggardstown (Throw-in 7pm).

It’s the early millennium kings against the more recent kingpins of county football. Paddy Clarke, previously with Dreadnots, whom he brought to the 2012 Joe Ward decider (which they lost to St Patrick’s), has taken up the reigns out at Collon once again this year and with a litany of pots and pans on his mantelpiece from a career of success, the former Louth manager will be hoping to add Joe Ward this year to a long list of achievements.

There are those though that see Mattock Rangers as an ageing side with many players reaching the shuffling-off-their-boots stage. It’s true they still rely on veteran Christy Grimes to stick the ball between the sticks for the majority, but with wily Clarke on-board there’s always the chance that, by sure will and experience alone, he can bring them further than would be expected.

However, the ominous roadblock in their way is St Patrick’s. Boss Fergal Reel has made it his singular priority this year to bring the senior championship title back to the Lordship. 2013 was very much the one that got away. A chance at a three-in-a-row went up in smoke at the semi final stage against Newtown Blues last year, and Reel, more than anyone, felt the pain of that defeat.

They’re all back this year for one, possibly final, push - Eamon Carroll, Owen Zamboglou, Colin Goss, Paudie Mallon - all veterans of St Patrick’s illustrious recent history. With rumours abounding that some key men out at Lordship could be calling time on their club career soon, it’s now or never.

With that in mind there’s really only one winner on Saturday evening. The heart may say Mattock Rangers, but the head, and the wallet, says a Pat’s win; by five too.

Before Pat’s and Mattock take centre stage on Saturday, Cooley and Dreadnots square off. Clogherhead versus the Peninsula. If league form were the sole indicator then you’d put the house, the car and the dog on Colin Kelly’s Dreadnots side emerging victorious. Cooley are languishing near the bottom of division one, while Kelly’s men are in second place pushing Pat’s all the way.

But then league is just that - only an indicator - nothing more. Cooley, under Adrian Sheelan last year, reached the final, but gave a bad account of themselves on the day and Newtown Blues deservedly lifted Joe Ward.

This year the league has been sidelined out at Fr McEvoy Park. Cooley’s impressive showings in the group stages of the championship this year have been in sharp contrast with their league plight. Meanwhile Dreadnots squeezed into the quarter finals with a nerve-shredding draw against supposed whipping boys Naomh Mairtin. For that reason alone Gary Thornton’s Cooley side should do the business. It’ll be tight though, maybe just a point or two in it.

On Sunday the championship bandwagon skips off to Dunleer for the second double header of the weekend. Newtown Blues and Geraldines take to the pitch first (throw-in 5.30pm). It’s last year’s senior championship winners versus the intermediate championship holders. 2013 was a memorable, if rather long year for Geraldines. A provincial crown was grabbed and an All Ireland final spot was only just snuffed out at the penultimate stage in Crossmaglen. However, there’s a feeling that the Gers have become a victim of their own success.

Tired legs have failed to set division one alight this season and Eamon McEneaney knows it will take something special to put down Newtown Blues.

The Drogheda men, under Cathal O’Hanlon, have been hitting form of late. They strolled through their group with teflon efficiency and the league has been a safe, if unspectacular, jaunt thus far. Expect them to win out well on Sunday.

The final tie of the round sees a very defensive-minded Dundalk Gaels cross swords with a Darren Clarke-led Ardee St Mary’s side (throw-in 7pm). Under the stewardship of Lenny Harbinson this year, Dundalk Gaels have become a resolutely functional and tight unit, giving little away in terms of scores, but also struggling at times at the other end to post their own. Their league form has been just okay, yet they have one of the meanest defences around - not far off league leaders St Patrick’s in terms of frugality.

St Mary’s have Darren Clarke and cousin Paudie Clarke in sparkling form at full forward and with another former county man Ronan Carroll pulling the strings behind, they have a powerful offensive unit. This is perhaps the toughest of the quarter final clashes to call. But St Mary’s forward line may just do it - the irresistible force should just about overcome the immovable object.