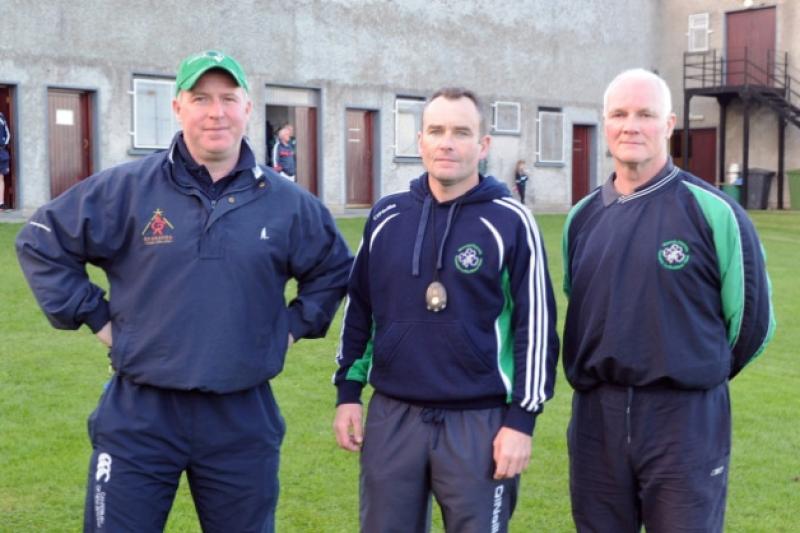 There’s little doubt that confidence is high out in Lordship. A season which has seen them go unbeaten in both league and championship will do that.

There’s little doubt that confidence is high out in Lordship. A season which has seen them go unbeaten in both league and championship will do that.

Still, Pat’s boss Fergal Reel knows that his side’s previous encounter with Sunday’s opposition was a close run thing all the same - despite coming out victorious in the end.

That group match was one of the few times this year that Reel’s men had to dig that little bit deeper to eke out a result. It’s not lost on the Armagh man how lucky they were that day in Haggardstown.

“Dreadnots in the group stage probably could and should have beaten us”, admits Reel. “We got away with it and they had a good few goal chances but didn’t take them. We beat them in the first league match, but you couldn’t take much from that as teams are only feeling their way at that stage.”

Reel was their in 2012 when Pat’s beat the Clogherhead men in the final. That day there was only ever going to be one winner. Things have changed at both ends of the county since though. Again, Reel is taking nothing for granted.

“Dreadnots are different team from what they were two years ago. They’ve a final under their belts, they know what it’s like to be there. So we’ll definitely have to be at the top of our game or we’ll be in trouble”, added the Silverbridge native.

There’s always something more to improve upon with Pat’s. Reel won’t let anybody rest on their laurels. There’s always more to be gleaned from a result. More to be picked up on. More to be better at. Beyond Dreadnots this year, Pat’s have not exactly hit the kind of form we’re used to seeing - and yet they’re still unbeaten.

Whether that’s part of Reel’s plan to have them peak at the right time is open to debate. But, as he reflected on the previous games in this year’s championship, some matches are more open to scrutiny than others.

“Mattock Rangers (quarter final), especially the second half at times we struggled in that”, adds Reel. “Against the Blues (semi final) it was difficult for long periods of time, but obviously we expected that, as you do with a lot of teams. But I hope we learn from these wake up calls, we’re just getting over the line -it’s not good for the heart”, he jokes.

That semi final was, however, the first time we saw the Pat’s show the kind of promise and power we have grown accustomed to. The years of winning championships might have something to do with that.

“Maybe their experience showed through in the second half and we kicked on”, agrees the Pat’s boss. “Maybe we rode our look a bit at times in the second half. But certainly after the first fifteen minutes I didn’t expect to be in that position.

“We weren’t happy to be eight points up and then throw a lead away like that and let a team back in, especially a team like the Blues, that was unacceptable. We pushed on in the second half, but nine points wasn’t a reflection on the game as a whole.”

There’s enough senior championship winning medals among the team to sink a battleship. There’s a few new man that have been introduced this year too, but it’s a panel built on success. Is there any motivation Reel needs to instil at this stage?

“I think maybe they could be telling me”, jokes Reel. “They’re long at it and well experienced and the young lads they’ve brought them along too, put an arm around the shoulder and looked after them. They’re good lads and a good group of fellas who work together and they win together and lose together,”