Gers ready to make step up 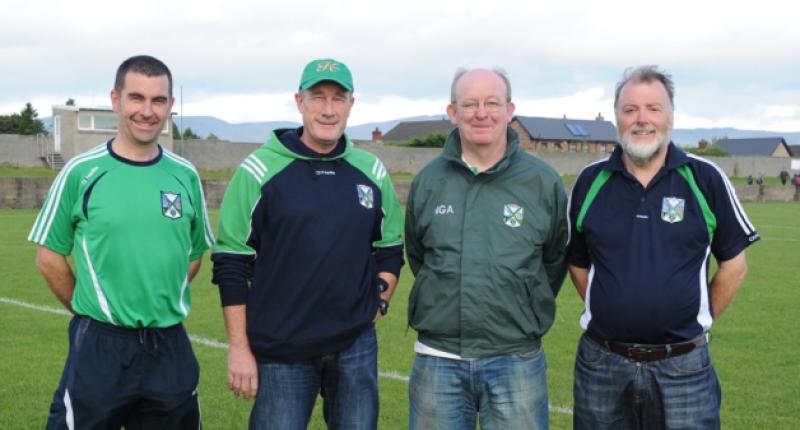 It’s the age of his panel that Eamon McEneaney is keen to point to when he discusses his side and what they are capable of.

It’s the age of his panel that Eamon McEneaney is keen to point to when he discusses his side and what they are capable of.

A win over Brides on Sunday will send them up to senior level. And with an average age of just 22, his team could have many years of success ahead of them at the top. If it happens on Sunday, all well and good, but the former Louth boss knows that they are a club on the move.

“We have only one player over 24 years of age starting”, explains McEneaney. “And when we finished the Ardee match (league win over St Mary’s) a couple of weeks ago the eldest player on the pitch was 23, so it’s a young side and they’re learning as they go along and I genuine believe in the next couple of years it will get better.

“Whether this is our time or not Sunday will tell, but we’ll certainly be trying to take our opportunity.”

If they are to grasp that chance, they’ll need to put in a sixty minute performance, or as close to it as possible. It’s something they haven’t done so far this year admits McEneaney. But again he firmly believes they have it in them to do just that.

“I genuinely believe the team has more to give and I know that they believe they have as well. They would have played some good matches this year for fifteen, twenty minutes and then slackened for ten”, he concedes.

If a certain moment defines a championship campaign then for McEneaney and Geraldines it could be half time in the quarter final against Young Irelands. The Haggardstow/Blackrock side were trailing by seven and a Derek Maguire led Irelanders looked to be coasting. What was said in the dressingroom to stir his faltering side?

“I think when you’re in that situation you have to point out to the lads what they’re not doing and basically that’s what we focused on”, reveals the Monaghan man. “We had to cut out the mistakes we were making in the first half and the work rate wasn’t good enough. In fairness to the lads they responded and they came out with all guns blazing and really went for it at the start of the second half.”

Of course he knows that leaving a big deficit to chase is not the way to do things. Chance and luck come into the equation then, something McEneaney doesn’t like.

“On other days some of those scores we got at the start of the second half mightn’t go over for you and that can lead to you losing by six or seven points and people will say you didn’t do your job or whatever.

“Football is a strange game, we’ve ended up in the final and we’ve not really played a full match the whole way through. We’ve played in fits and starts and from our end of things we’re delighted that the guys have responded like that against the Young Irelanders and even the last day against Roche when they came at us at the death, they responded.”

Knockbridge and Haggardstown are cheek by jowl geographically, so it’s a derby of sorts and like any derby, bragging rights are important. The Gers lost to their neighbours at the start of the championship but you can bet that on Sunday that’ll be the last thing on their minds.