SFC Final Preview: Complacency not a problem for Pat’s 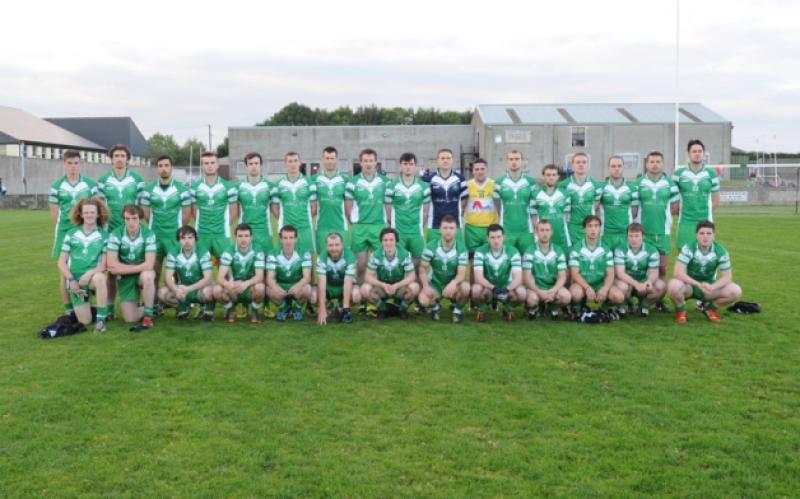 Some of the more experienced heads may be scattered to the four corners of the globe, but they always return to the windswept hills of Lordship when it matters most.

Some of the more experienced heads may be scattered to the four corners of the globe, but they always return to the windswept hills of Lordship when it matters most.

After competing in seven finals in twelve seasons, Eamon Carroll, you might think, is almost immune to any of the build up and nerves that accompany a county final. But speaking to the left-footed forward, you get the sense that this one means as much, if not more, than the rest.

“It’s still there”, Carroll replies when questioned about the hunger and drive. “After last year in particularly. Last year was a disappointment, so we obviously want to try and do it right this year. The appetite is definitely there among the young lads and the older lads and the management. We want to put the wrongs from last year right and that’s what is driving us on.”

Perhaps the moment that defined this group of players and galvanised them into the team of the past decade occurred eight years ago in the Clans. Against St Joseph’s in the county final in 2006 they rather surprisingly lost to the Darver/Dromiskin side. In the crucible of hurt and anger afterwards something clicked inside the collective, and since then they haven’t looked back. Carroll nods sagely upon reflection.

“Obviously the one that sticks out is 2006 (final defeat to St Joseph’s). Everyone maybe expected us to get over the line in that one. But we came back in 2007 and that was a vital victory for us”, he affirms.

“There was a bit of a barren spell for a few years after that and luckily enough we got the right management in place and that drove us on to win it in 2011 and the following year and like I said it didn’t work our for us last year, but the hunger is there to put it right this year.”

Years of success and continued exposure to victory can bring with it its on problems. But Carroll will hear nothing of the dreaded ‘C’ word. They been around the block too often to allow it to even enter their minds.

“There’s definitely no complacency whatsoever”, adds Carroll with directness. “We know Dreadnots are a quality outfit. They probably gave us the toughest game all year in the group stages and they’ll be looking for a bit of revenge from two years ago. So we’ll be taking nothing lightly and that’s been drilled into us at every training session and every time we meet up from Fergal and the whole management team and the players. We need to be 100 per cent right for Sunday.”

Turning to Sunday’s opponents, there’s little doubt that Dreadnots have talent, and since their appearance in the final two years ago, they added experience to their CV. It makes for a closer looking clash this time around.

“They’ve some very dangerous players”, warns the Pat’s forward, “and if you give them any space at all they’ll punish you and then there’s the likes of James Califf and he can kick a point from anywhere. So they’ve got danger spots all over the team and we need to make sure throughout the field that we’re ready for what they throw at us.”

While many saw the real St Patrick’s emerge during their nine point victory over Newtown Blues in the semi final, Carroll was still able to pick holes in their display. Perfection is always sought, but never attained.

“At the same time we weren’t happy with our display. We had a great start in the first half and then whether it was a case of taking our foot off the pedal but we let them back in again. Going 1-7 to 0-2 ahead we should have been able to win a bit more easier than we did. But the Blues are a quality outfit and they came back into it.

“We need to make sure we play for the full sixty minutes. If we do manage to get ahead early and make sure we stay there.”

With everybody backing his side even Carroll knows that Dreadnots will be keen to keep things very tight in the opening exchanges on Sunday afternoon.

Breaking the game down into passages of play is something both sides will be focusing on.

“I can’t speak about their preparations or what they are going to be thinking. But obviously they’ll want to keep it tight. In the group game earlier this season they started the better of the two teams and they’ll be looking for a similar fast start again.

Coming back around to the boys that are abroad and have returned in the last few days, Carroll has nothing but total respect for them and believes their sacrifice pushes everyone to be better and do more.

“Karl White, Owen Zambouglou and obviously Paudie Mallon (all work abroad). We had Eoin (O’Connor) over in Chicago for the Summer. But obviously it’s a testament to the boys that even though I suppose work commitments have taken them further afield they still came back to be part of this. It drives the boys here.”

There’s that word again - drive - no dearth of it in Lordship.