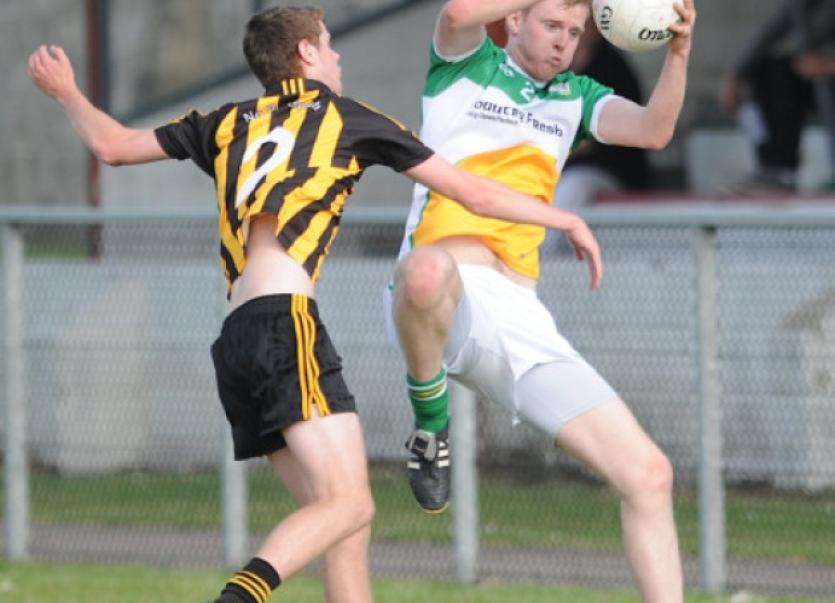 Those goals earned the town team an unlikely draw in a game which the Dromiskin outfit looked like they had all sown up as the end of normal time approached.

When the excellent Peter Mulligan lofted over Joes 17th point with just two minutes left, they were six points ahead and their fans on the grassy bank at Dowdallshill were already tasting victory.

That they let that opening day win slip away was due to some sloppy marking and a misplaced belief that the job had been done.

Both Na Piarsaigh goals came from direct running through the Joes defensive lines, with little or no form of marking in place.

A meeting with Clan Na Gael awaits one of these teams and last years finalists will prove a very hard test foreither team based on this performance.

A nip and tuck first half saw Mark Larkin score from a free first for Na Piarsaigh. The Dundalk team showed lots of muscle and running in the opening minutes.

Yet more precise passing from St Joseph’s saw them cruise into a three point lead by the eleventh minute. All four scores coming from different scorers.

David Boyle squirmed free in the 15th minute to fire over Na Piarsaigh’s second score of the evening. And five minutes later Larkin again found his range to leave just one in it with ten to half time.

As Na Piarsaigh began to look more composed they levelled matters thanks to another David Boyle effort.

And again Larkin converted a free to to level the game once more, following a Derek Mulligan score for St Joseph’s.

Pot shots at either end eventually saw Na Piarsaigh head in at the interval ahead by just one score - 0-7 to 0-6.

A much more focused and energetic Joes side emerged from the dressingrooms for the start of the second half.

Alan McKenna pointed almost immediately and even when Larkin returned fire a minute later, there was a sense that the Joes were proving too much for the Dundalk men.

Seven points without reply completely changed the complexion of the match and caused Na Piarsaigh manager David Thornton into a rushed triple substitution in an attempt to shore up his team’s porous backline.

But again Derek Mulligan cancelled that score out for St Joseph’s. Larkin and Boyle again combined for two more points for the Town team, but an Alan McKenna free and a Peter Mulligan score looked to have handed the win to the Joes.

Yet they hadn’t counted on Boyle and O’Hare to rescue a draw for the battling Dundalk side.

The dejection on the faces of the shocked Joes players at full time said it all.