Sorry Glens put to the sword by greedy Gers 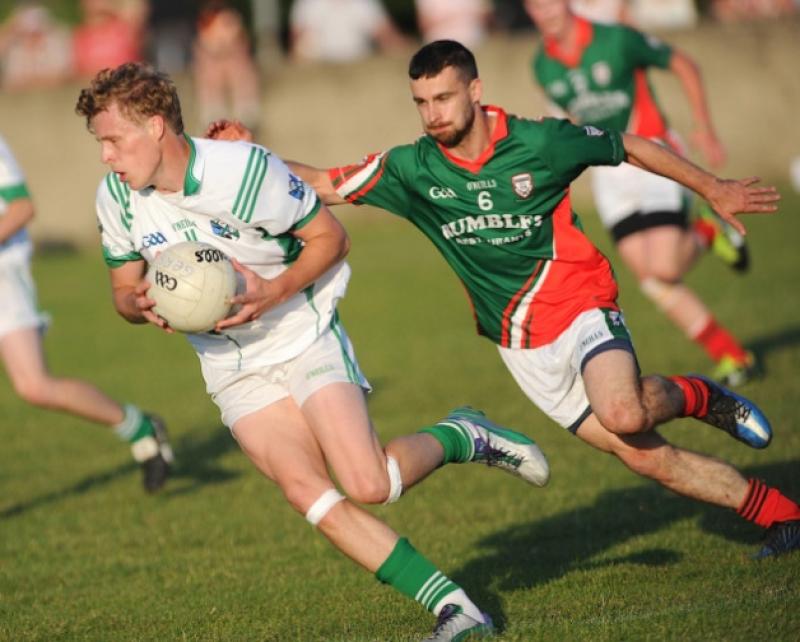 Welcome to intermediate football lads. Glen Emmets just recently returned the Christy Bellew trophy to the custody of the county board following a year of heightened celebrations upon capturing the junior championship in 2012.

Welcome to intermediate football lads. Glen Emmets just recently returned the Christy Bellew trophy to the custody of the county board following a year of heightened celebrations upon capturing the junior championship in 2012.

The harsh reality of stepping up to the next grade was quickly felt by the Tullyallen men on Saturday night in Strabannon.

As the light faded near the end of this total annialation, Geraldines Jim McEneaney seemed able to draw the high ball to his hand like a magnet and turn, sprint and either rustle the back of the net or raise a white flag, whichever he wanted - it appeared that easy.

McEneaney went back to Haggardstown with a ridiculous haul of 2-9 and despite the heat he seemed to have sweated little in plundering those scores.

Still, if you had decided to leave Stabannon at half time, for whatever reason, you would have doubted the final score was a possibility at that stage.

Geraldines might always have looked in control and they certainly missed a few gilt edged chances in the first half. But by the time the orange slices were being enjoyed the Haggardstown men only led by two points.

And upon the resumption of play that lead was whittled down to just one when Mark Noone converted a free in the opening minute.

Between closed fingers Glens fans watched in horror as Geraldines set to work on the demolition.

Josh Arrowsmith snatched a long ball out of the air and hammered it past the previously unbeatable Fergus Barnett in the Glens goal.

A reprieve of sorts arrivef for Glens when James Butler and Mark Noone registered back to back scores. A faint resigned ripple of applause followed.

And after McEneaney got another point, Glens were awarded a penalty, which Butler dispatched with surprising conviction.

The final ten minutes were ‘Little Big Horn’ in character. The Gers circled and prodded and seemed able to pick off scores and goals with the minimum of fuss and effort. A last stand was flagged by Mark Noone when he fired over the game’s last point for Glens, but the Tullyallen men had been truly wiped out.