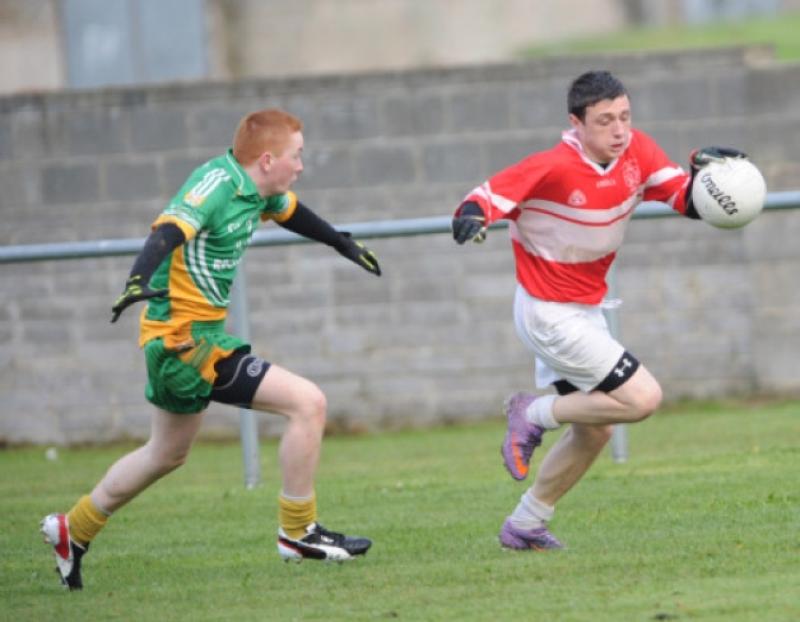 Hero of the hour Brian Duffy struck a late late goal to condemn Geraldines to their first defeat of the season in dramatic fashion.

Hero of the hour Brian Duffy struck a late late goal to condemn Geraldines to their first defeat of the season in dramatic fashion.

It looked like the Haggardstown men had the game wrapped up as the match was drawing to a close when Josh Arrowsmith raised the green flag for the Gers.

But Duffy stepped up and fired home the match-winning goal with barely seconds left.

Glyde were the better team in the opeing half and had built up a healthy lead heading into the dressingrooms at half time.

The Tallanstown side’s lead was cut at the start of the second half when Gers Barry Hamilton blasted home his second goal of the evening.

But the dramatic finale saw Glyde edge the win by a single point and adds renewed confidence to the Tallanstown men’s league charge.