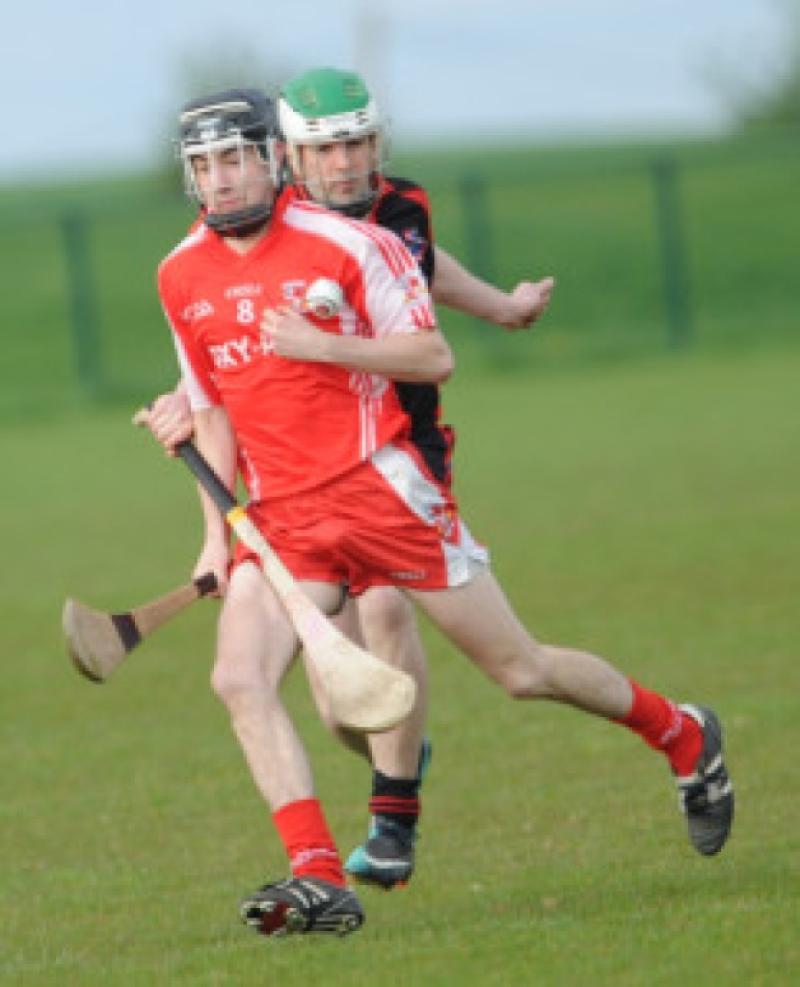 Holders Knockbridge progressed directly to the semi finals of the Louth Special Championship thanks to this hard earned victory over Naomh Moninne at Pairc an Chuinnigh on Saturday evening.

Holders Knockbridge progressed directly to the semi finals of the Louth Special Championship thanks to this hard earned victory over Naomh Moninne at Pairc an Chuinnigh on Saturday evening.

Moninne for their part must now face Mattock Rangers in a quarter final this Friday evening, May 17 in Collon at 7pm.

The sides were tied at two points a piece after ten minutes before the home side struck for two goals inside 60 seconds, firstly from Brian Dunne whose effort from the right found its way to the net, followed shortly after by another from Mick Lundon from close range.

Sean Byrne and Ronan Geoghegan then exchanged pointed frees to leave Knockbridge in front by 2-3 to 0-3 at the break.

Geoghegan was on target again from a free to reduce the deficit and Moninne were right back into contention when Ronan O Reilly netted from close range on 37 minutes.

Conor Kerrigan pointed direct from a 65 metre free for the home side but the sides would be on level terms on 40 minutes when a David Yore long range free somehow ended up in the back of Shane Darcys net.

A goalkeeping error gifted Knockbridge a fortuitous goal a minute later and they extended this lead when Kerrigan scored a good point from play. Ronan Geoghegan responded with his fourth point, again from a free but Knockbridge would all but seal the win with the next three points in a row.

Two of these came from substitute Robert Wallace with the other from Conor Kerrigan but credit to the town outfit who fought gallantly to the final whistle with both Dean Carolan and Mark McGuinness grabbing points for the side.

Elsewhere on Saturday evening St Fechins maintained their current good form, which included capturing the Tain League Division 5 title, when they recorded an impressive 5-11 to 3-6 victory over Pearse Og at the DKIT.

They now progress to play Knockbridge in one of the semi finals, while Pearse Og must now face Glen Emmets in a quarter final next Friday evening at Cusack Park at 7pm.