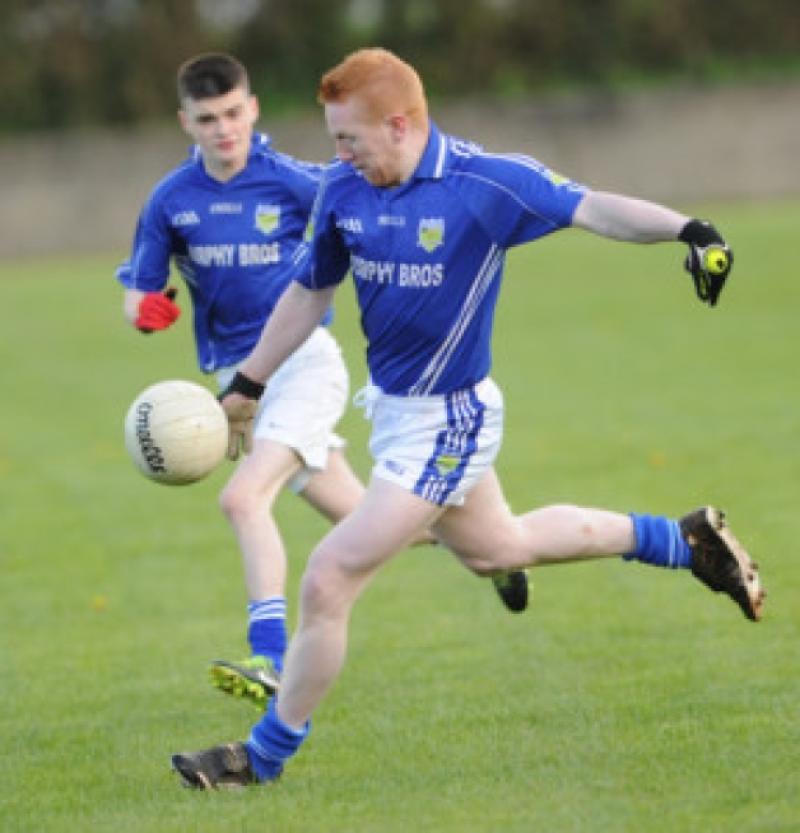 Played with a strong wind down field this was a game where it was difficult to take advantage of the elements or play against them.

Played with a strong wind down field this was a game where it was difficult to take advantage of the elements or play against them.

Fechins with the wind in the first half notched up two early points with Na Piarsaigh cancelling these out after fifteen minutes with two close in frees of the soft variety.

The home side went on to add a further four points without reply but missed a few golden chances along the way.

Fechins opened the second half scoring with a well taken Bevan Duffy goal but Piarsaigh then found the range and notched four points without reply to narrow the gap to a goal at the three quarter stage.

Niall Devlin pointed to keep a cushion for Fechins with Mark Larkin again accurate from a spot kick for the visitors.

Fechins pointed from substitute Ronan Holcroft but then a long ball into the area was collected by Michael Woods and was quickly despatched to the net to leave the minimum between the sides as time ran out.

Larkin made no mistake from a close in free in injury time to get his side a share of the spoils that was possibly a fair result in the condition.