All White for County Champs 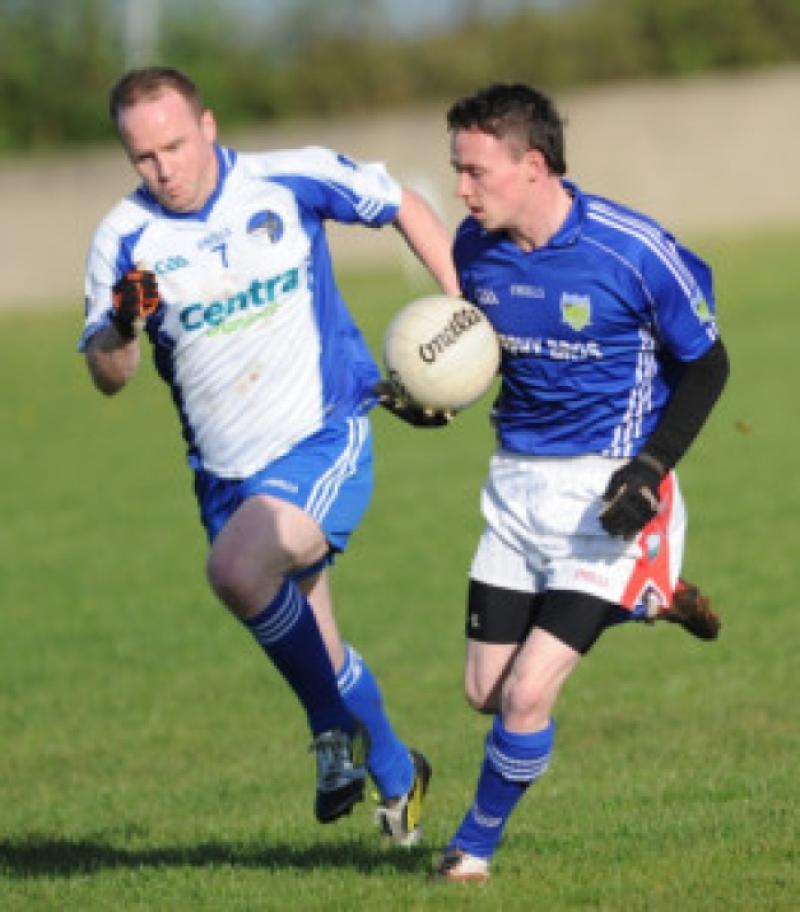 The county champions took the points from this game in Castlebellingham but not without a fight, and only secured their victory in the last four minutes of the game.

The county champions took the points from this game in Castlebellingham but not without a fight, and only secured their victory in the last four minutes of the game.

The first half was not very exciting and a Mark Stanfield free was the home sides only score of the half although they were playing against the wind.

The men from Lordship were guilty of some awful shooting and it was not until the 25th minute that they got on the score sheet.

A long ball was caught by Danny O’Connor and he was pulled to the ground in the square and the referee pointed to the penalty spot.

Karl White hit the penalty and although keeper Stuart Reynolds got a hand to it and pushed it on to the underside of the bar, it had enough power to end up in the back of the net.

White and Alan O’Connor added two more quick points before the break to put the Pats ahead 0-1 to1-2 at half time.

The second half was much more entertaining and the away side started great with three unanswered points from Aidan McCann, Paddy Keenan and Eamon Carroll, the latter a free.

But the Bellingham side were not about to go down without a fight and returned the compliment with the next three points, a brace from Niall Conlon one a free and the other from Stanfield.

The champions got the next two points to put them six a head but a shot from Stanfield came back off the post and Conor McGill was on hand to finish to the net and reduce the deficit to three.

The sides swapped the next two points and Andrew Sharkey got a great score to leave two between the teams with just four minutes remaining.

But that was as close as the home side got, another free from Carroll and then after a mistake by the home side the Pats moved the ball down the field and White give the keeper no chance to get his second goal of the game.

Carroll ended the scoring with another point for St. Patricks who won by a score line of 1-6 to 2-10 but were made fight all the way by the home team O’Connell’s.

Relief at last for Gaels

Dundalk Gaels finally got a win under their belts in this season’s division one.

The newly promoted Dundalk side move clear of the bottom thanks to a great performance and some wonderful solo points from Louth star Derek Crilly.